The San Francisco Board of Education is set to unveil in October a plan to increase literacy rates, math achievement and college and career readiness.

But there is an obstacle to achieving the new goals. More than 25% of San Francisco Unified School District’s students were chronically absent in 2021-2022, the first full year of in-person learning since the pandemic began.

Although SFUSD is not alone in this phenomenon — 72% of public schools saw an increase in chronic absenteeism for both students and teachers during the 2021-22 school year — the district’s twofold rise to 24.8% is well above the national average of 17%.

“We know the past few years navigating the impacts of the pandemic have been incredibly difficult for students and families,” said Jenny Lam, president of the San Francisco Board of Education. “Students missing significant time from school is an alarm — we need to understand the factors and how to provide students with supports and receive the care they need to learn and succeed.”

A student is deemed chronically absent if they miss more than 10% — or 18 days — of the school year, excused or otherwise.

The term was coined in 2010 by education consultant Hedy Chang who found students who are chronically absent in kindergarten are less likely to read at grade level by third grade, less likely to succeed academically in middle school and more likely to drop out in high school. Soon thereafter, she founded Attendance Works, a San Francisco-based nonprofit focused on improving attendance practices and policy at all levels of governance.

In San Francisco public schools, one of the greatest increases can be seen among transitional kindergarten students, 50% of whom were chronically absent last academic year as opposed to 20% in 2020-2021 — perhaps because students under 5 were not eligible to be vaccinated until this past June.

The other large increase occurred among the two-thirds of African American, Pacific Islander and foster students and half of Latino students who were chronically absent in 2021-22. This is a significant increase from 2020-21, the year most disrupted by the pandemic — when 45% of African American students, 47% of Pacific Islander students, 46% of foster students and 25% of Latino students were chronically absent.

Even prior to the pandemic, however, students in these ethnic groups saw higher levels of chronic absenteeism in San Francisco and across the nation, according to educational researchers.

“A lot of the things that we know are causes or at least strongly associated with chronic absenteeism are disproportionately unfortunately present for students of color,” said Ethan Hutt, associate professor at the University of North Carolina at Chapel Hill School of Education. “When we talk about schools that have a high prevalence of chronic absenteeism, we want to disentangle things that are within their control and things that are not within their control.”

The disproportionate impact of the pandemic on historically underserved communities exacerbated those factors, said Cecelia Leong, vice president of programs at Attendance Works.

She pointed to a Wayne State study chronicling Detroit families’ experiences with COVID-19 and school attendance that found that students whose families faced greater economic hardship during the pandemic were more likely to be chronically absent.

“There were significant socioeconomic differences between moderately and severely chronically absent students, reinforcing that reducing chronic absenteeism will require social and economic supports beyond what schools alone can provide,” the study read.

The impacts of absenteeism

According to Hutt, whose research at UNC focuses on the metrics used to quantify school performance, the single oldest measure is attendance. He noted that although the quality of a school used to be determined by its average daily attendance — or percent of enrolled students who came to school on a daily basis — the reality is that taking attendance has long been an ambiguous metric.

“School districts almost immediately realized that these numbers are easily manipulated,” Hutt said. “It’s very hard to verify who is in the building and so districts will engage in all kinds of shenanigans to make their numbers look good.”

If students missed consecutive days, for example, districts would drop students and re-enroll them when they returned so as not to count their absence in the final metric.

This went on as recently as 2017, when a Washington, DC, high school graduated all of its seniors despite a majority missing more than six weeks of school. Some couldn’t even read or write.

Michael Gottfried — a professor at the University of Pennsylvania Graduate School of Education — found that chronic absence has four distinct impacts on students, their classmates and their school.

The first is on school finances, given that California schools receive funding from the state based on how many students show up each day.

Similarly to Chang, Gottfried found that chronic absenteeism impacts both literacy and math achievement in a negative way. However, absences tend to impact math more than reading because while parents will read to their children at home, they don’t feel as equipped to teach math.

Chronic absence was also found to impact child development; those who are absent often are less engaged in the classroom and don’t want to be there, prompting further absence and a reinforcing cycle.

Lastly, Gottfried found that classmates are impacted as well. For example, if a student has missed a few days of school, the teacher may slow down to catch them up, affecting the learning of the rest of the class. In contrast, if the teacher doesn’t slow down, the student may be confused and disengage from the lesson. Either way, learning is altered.

Routines are all about practice, Gottfried said, and while many are out of practice, there are kindergarten through third graders who have never practiced going to school before. Likewise, many made the transition from elementary to middle school or middle to high school online.

“Middle schoolers have missed this entire huge developmental piece of growth of preadolescent development,” Gottfried said. “They haven’t been able to have those moments in school that are super engaging, either making those connections with teachers or curriculum or with peers.”

Aside from the obstacles students face at school, some may not even want to go back due to concerns surrounding COVID-19, something that Leong at Attendance Works said schools need to address.

“There’s been so much trauma and anxiety and stress from the pandemic that part of the normal transition almost has to be augmented, so that you’re really addressing some of the anxiety and fear of leaving home or being exposed to COVID,” Leong said .

Once a student incurs six unexcused absences, school-based coordinated care teams are supposed to reach out to the family and schedule a meeting. Based on that meeting, support plans are created, Dudnick said. When a family cannot be reached, the issue is referred to the district-level Coordinated Care Team for Truancy, which tries to find other ways to support the family.

Individual schools also have their own methods of promoting attendance. In fact, most of Independence High School’s students enroll because they have struggled with chronic absenteeism.

True to its name, Independence provides an independent study program in which students create their own schedules and attend small classes with up to 15 students. The school also has a special education program for students with moderate to severe anxiety, depression, school phobia and school avoidance.

“Some of the kids we haven’t gotten stepped foot in their school for six months or more,” said Principal Anna Klafter. “We start from a really hard place with some of our kids and we work to get them through school, but also to get them to a place where they can be successful after school and find something that’s meaningful for them.”

Independence hired an extra social worker to focus on chronically absent students who may be involved in the juvenile justice system, foster care, are between homes or are dealing with other situations that impede school attendance.

“The addition of this position … has really turned around outcomes for our Tier 3 students,” Klafter said. “She’s able to case manage 25 kids and really be their go-to person for everything from academics and school supplies to food and housing and family needs, and has just been a real lifeline for students and families.”

Since the start of the program in 2019 and the additional social worker in 2020, graduation rates at Independence have increased from 54% to 91%, according to Klafter.

Though these solutions are specific to Independence High School, Gottfried and Hutt said research shows that when high school students are taught by a teacher of the same ethnicity, attendance rates tend to increase. Serving breakfast in the classroom and placing students with disabilities in general rather than special education classrooms has also proven to increase attendance.

Hutt added that parent communication about the impacts of absenteeism can serve as a further solution.

“It doesn’t matter if we talk about new standards or higher quality teachers. If the students aren’t there to receive the benefits of what’s going on in the schools, then why even talk about anything else,” Gottfried said. “It’s almost like absenteeism/attendance is the first step in trying to create educational opportunities.”

We provide a free service for you to honor your loved ones. Click below to get started. 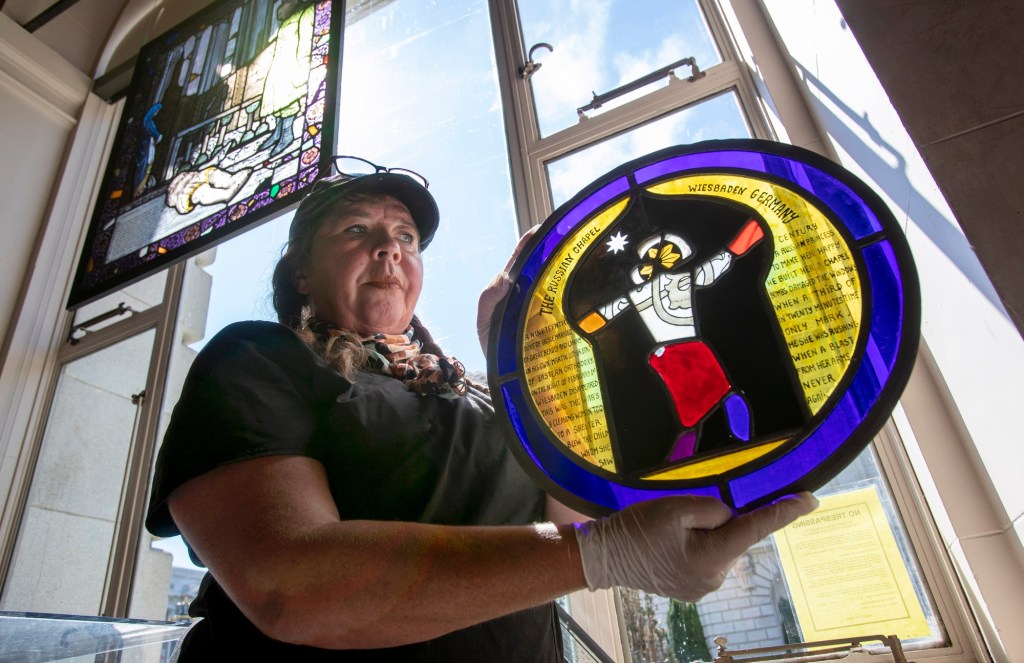