Ray Cantrell was practically suffocated. Cantrell was hiding in a freezer in the lobby of the RKO Golden Gate Theater in San Francisco in late April 1971 and had spent hours peeking through a small opening in the device, searching the crowd for anyone who resembled the widely circulated police sketch of the most notorious criminals across the country: the Zodiac Killer.

It was all part of an ambitious plan concocted by Cantrell’s friend, a fast food franchisee named Tom Hanson. Hanson had arranged for Cantrell and several other co-conspirators to line up at various locations in the theater during the week-long engagement of Hanson’s low-budget film, aptly titled The Zodiac Killer.

The film, which dramatized the recent murders and the subsequent mockery of the killer through letters to newspapers, was made in just a few weeks for only $ 13,000. Its quality was irrelevant: Hanson’s real intent in making the film was to see if he could lure the Zodiac Killer himself to the premiere of the film, where he had set an elaborate trap to get him out of the audience. If it worked, Hanson would be hailed as a hero. If not, he would be practically broke.

At first it looked like it was going south. Cantrell had limited air in the freezer and was pulled out just in time on one occasion (a minute or two longer and he would probably have passed out). But before the week was over, Hanson believed he’d met the zodiac face to face. At the urinal.

“You know,” said the stranger and opened his fly, “real blood doesn’t come out like that.”

Initially, Hanson had no plans to become the next Martin Scorsese. After moving from Minnesota to Los Angeles in the 1960s, Hanson found his niche owning several Pizza Man franchises and a handful of Kentucky Fried Chicken locations.

“Then my underwriter went broke,” Hanson, now 81, tells Mental Floss. “He was supposed to get us out there. I thought, ‘Well, if I go under, I’ll do what I really want to do, which is make films.'” Hanson had played or worked on half a dozen small film projects in California since arriving , made contacts and friendships with a range of cast and crew members. He knew that the world of low budget filming means working fast, cheaply, with little chance of a breakthrough.

At the same time, Hanson decided to start a production, San Francisco was in an uproar. On December 20, 1968, a young couple was found shot dead in the young man’s car near Vallejo, California. On July 4, 1969, another young couple was shot dead in a car; Darlene Ferrin, 22, was killed while her boyfriend, Mike Mageau, 19, was seriously injured. Weeks later, three major San Francisco newspapers received a handwritten letter attributing the crimes and revealing details only the killer would know. Signing the correspondence with a circle and a cross, the author later introduced himself: “This is where the zodiac speaks”. Before the end of the year, he killed two more people.

As 1970 passed without a break in the case, Hanson had a bold thought. “What if I make a movie and set a trap to catch it? I thought he was going to see a movie about himself. He would have to. ”(In another letter the killer, obviously hungry for the public, even pondered who should play him in a film.)

Filmed in just a few weeks in early 1971 and edited just as quickly, The Zodiac Killer (originally titled Zodiac) is not new territory in the exploitation film genre. Hanson hired a friend, Hal Reed, to play the killer, whom he imagined as a postman by day and a murderous psychopath by night; Paul Avery, the increasingly paranoid journalist who thought he might be targeted by the killer, met with Hanson a number of times to discuss details of the case. “He was waiting in the alley near the restaurant and waiting for me to come in,” says Hanson. “He was really nervous.”

Hanson spent $ 13,000 on The Zodiac Killer, using up most of his savings. He booked a weeklong premiere engagement at the RKO Theater in San Francisco and bought ads in local newspapers. Without letting the authorities know of his plan (“They may have tried to stop him,” says Hanson), the filmmaker hired six friends, including Reed, to monitor the crowd during the screenings.

The plan worked like this: every theater-goer received a competition entry ticket that they had to fill out. The prize was a Kawasaki motorcycle on a podium in the lobby. By inserting the card into a slot, participants inadvertently gave Hanson a handwriting sample that he could compare to the letters published in the newspapers.

“We all had positions that we swapped,” says Hanson. You were actually on the podium where the cards were being dropped and you were evaluating the handwriting in no time. If he saw one that resembled the writing in the published letters, he could flip a switch that activated a light that another team member hiding in the freezer would see. Other men were stationed outside, in the projection room, and in the lobby. With a match, Hanson would try to lock the suspect up and force him into an office to hold him down.

Theoretically a good idea, staking out turned out to be tedious. Cantrell – who also co-wrote the film – almost passed out during a freezer stay. During the confusion, someone had dropped a card that said, “I’m the Zodiac, I’ve been here,” but no one was on the podium to evaluate it in real time.

On the last night of the engagement, Hanson paused his surveillance for a bathroom break. “I stood at the urinal and thought I heard the door open,” he says. “I turned around but saw no one.”

A man appeared silently at the urinal next to Hansons, who noted via a graphic scene in the film that no “real blood” would flow from such a body. “I closed the zipper, turned around and saw the same face as on the wanted poster. Same eyes, nose, mouth, hair, everything. I thought, ‘Son of a bitch, it’s him.’ “

Hanson emphasizes that, as the owner of several restaurant chains, he has been mugged several times and quickly learned to study faces for later identification. Hanson confronted the man in the lobby and led him to a nearby office and let his friends surround him. “I looked him straight in the eye and told him Paul Stine was my brother.” (Stine was a cab driver shot by the Zodiac in October 1969, and the lie was intended to break the suspect’s composure.) “But he didn’t blink.”

In fact, the man appeared to be friends with Hanson’s crew and bond through shared military experience. With no legal authority to hold his suspect, Hanson watched him stroll away. But it shouldn’t be the last time he looked in the face of the man he believed could be one of the most notorious killers of the 20th century.

The Zodiac Killer ended his engagement with the RKO and eventually got booked in a few other theaters, but it was far from a hit. Hanson made another film in 1972, a drug comedy called A Ton of Grass Goes to Pot, before retiring to Wisconsin to try to recalibrate his business operations. When he returned to California in 1974, he decided that the man he saw at the RKO needed to be monitored.

“I had to get back on my feet and take a closer look at this guy,” says Hanson.

With the help of private detectives, Hanson forged a new conspiracy. After receiving his address during the investigation – the man originally gave a hotel address at the premiere – Hanson sent a postcard informing his suspect that he had won an award. When he dispatched the detectives to deliver the price box, they should report a bug and take it back – so Hanson would have his fingerprints on the package. But no prints were found.

“Another time the detective called where he was working, Bank of America,” says Hanson. “They asked for his personnel file and when the bank asked why they said, ‘Well, we think he’s the Zodiac.'” The man was soon fired.

Eventually, Hanson gave up the chase. The killer hadn’t struck since 1969 and hadn’t written a letter since 1974 – and investigators didn’t believe the handwriting samples Hanson collected matched.

But the lure to identify Zodiac has never entirely gone. Today, both Hanson and his grandson are researching the man he first spotted in the RKO toilet and trying to unearth any information that could link him to the murders. Although The Zodiac Killer has largely gone from the public eye after its original limited release, it was recently dug up from the American Genre Film Archive and released on Blu-ray in July. An upcoming book and documentary, Zodiac Man, may include the suspect’s name, which has yet to be publicly disclosed. Hanson will only say that the man is still alive.

If Hanson is right, a quest that has been going on for nearly half a century will come to an end and prove that he will do everything possible to corner his elusive prey.

“I never got into the freezer,” admits Hanson.

Eight Bizarre Locations The place Our bodies Have Been Discovered 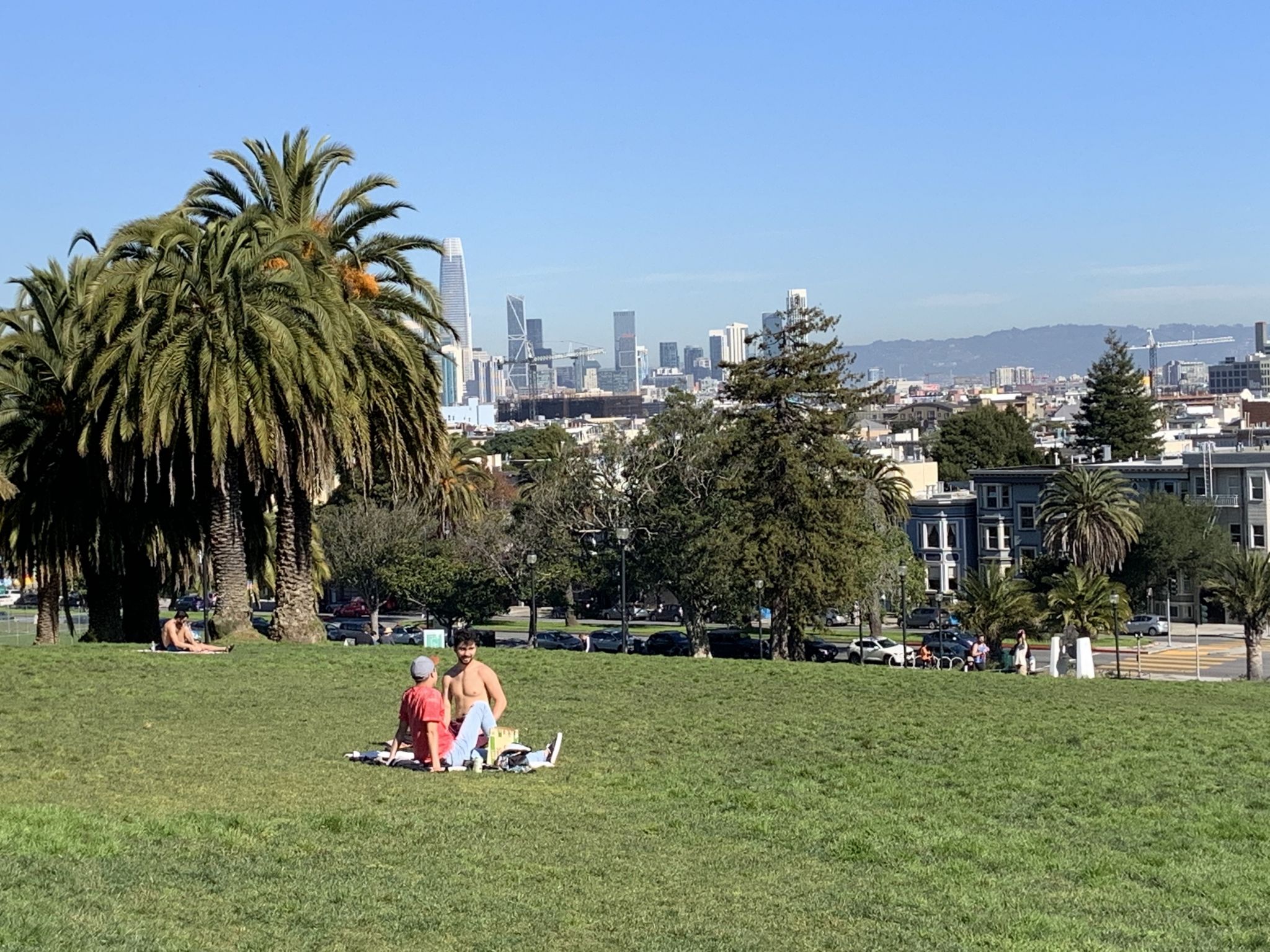 80 levels in winter? Why Bay Space temperatures are hovering on Tuesday