THE BUZZ— YIMBY, NIMBY, SCHMIMBY: Today, San Franciscans on the east side of town will decide between two Democratic Assembly candidates with competing philosophies and records on affordable housing in one of the nation’s thorniest and most expensive real estate markets.

David Campos and Matt Haney are facing off to take over the Assembly District 17, left vacant by David Chiu when he was appointed to serve as San Francisco city attorney last year. Haney and Campos were the top two vote-getters in the February primary, nearly tied with 36.4 percent and 35.7 percent of the vote, respectively.

Housing is a crucial issue in the race for this seat, which covers the Mission and the Financial District, where residents have long complained about housing costs. The concerns in San Francisco mirror statewide issues around affordability and the slow pace of construction, and both Haney and Campos have vowed to bring solutions to Sacramento.

Campos, who served on the Board of Supervisors until 2016 and is currently vice chair of the California Democratic Party, has caught some flak for opposing certain housing projects during his time in San Francisco City Hall. One Berkeley political science professor, David Broockman, recently authored a report on Campos’ alleged NIMBY (“not in my back yard”) tendencies, pointing out his district’s low rate of new housing construction (157 units per year) and that Campos has frequently repeated NIMBY talking points. Campos told The San Francisco Chronicle that the report was poorly done and biased, and that it failed to highlight his focus on keeping people in their homes and preventing no-fault evictions.

Haney, on the other hand, was praised by the same professor for a faster rate of housing construction in his city district (2,255 per year). Though Haney now gets the mark of approval from California YIMBY, too, he has opposed certain housing measures in the past, like Senate Bill 35, which streamlined housing construction in cities that couldn’t meet the stand-mandated minimum. Both Campos and Haney want more tenant protections and support greasing the construction tracks at the state level to get more houses built faster. Both want to extend the state’s eviction moratorium. And both want to overturn the 1995 Costa-Hawkins Act, which allows landlords to raise the rent on rent-controlled units when they become vacant.

Haney also has the backing of Mayor London Breed, who will get to appoint his successor on the Board of Supervisors if he wins. Interest groups have bombarded voters with more than $1.8 million worth of outside spending since January, the bulk of it on Haney’s behalf, as organized labor and real estate interests spent heavily to promote Haney or diminish Campos — bolstering the perception, as does Breed’s nod, that Haney is the establishment pick. As the campaign unfolded, Haney’s fellow supervisors have beefed with him in public view.

Polls close at 8 p.m. tonight — though with turnout expected to be low, we likely won’t have to wait long for a clear victor to emerge. Whoever it is will have to turn around and defend their seat in the newly-drawn District 17 on June 7.

QUOTE OF THE DAY: “Yes, she’s a longtime friend, a proud public servant and someone he has long enjoyed serving with and working with.” White House press secretary Jen Psaki on whether President Joe Biden has trust in California Sen. Dianne Feinstein.

TWEET OF THE DAY: Associated Press reporter Kathleen Ronayne @kronayne asks: “Is Tuolumne one of the most difficult words to spell in the world of California water? Or is that just for me?”

WHERE’S GAVIN? In Butte County to highlight the state’s climate and drought response.

CHECK THIS OUT: Ahead of the 2022 midterm elections, POLITICO predicted how every single midterm race will go — and things are looking good for the GOP. One of the most vulnerable GOP incumbents in the country is Rep. Mike Garcia in California’s 27th Congressional District. His district, north of Los Angeles, voted for President Joe Biden by 13 points.

Want to see more on how California is looking? Use our Election Forecast to see which races you need to watch this year — and who we think will win each one.

Later this week: Join us for a live discussion on California midterm races to watch. Tune into our Twitter Space on Thursday at 11:30 a.m. PT/ 2:30 p.m. ET as our reporters Lara Korte and Jeremy White break down the California midterm contests to keep an eye on this year. You can read their breakdown here.

END OUR PAIN AT THE PUMP! Gas prices are as high as $7 a gallon, forcing many to choose between fuel and essentials like food and medicine. The California Air Resources Board is squandering its opportunity to support gas-free, pollution-free transportation. We need an Advanced Clean Cars program that achieves at least 75% electric car sales by 2030 to bring more and more affordable electric cars to market faster. Visit CleanCarStates.org to learn more.

GOING ON STRIKE — “Fed-up nurses walk out at Sutter Health and prepare to strike at Stanford hospitals,” by S.F. Chronicle’s Nanette Asimov: “Hospital nurses across California say they’ve reached a boiling point two years into the pandemic. Despite being hailed as health care heroes, they say they are exhausted from understaffing and overwork, and angered by offers of raises they consider puny.”

ABORTION — “Why I’m telling my abortion story now,” writes Planned Parenthood Affiliates of California President Jodi Hicks in the LA Times:  “The United States is facing the most consequential year for abortion rights since Roe vs. Wade was decided in 1973. And it isn’t just a matter of the pending Supreme Court decision in Dobbs vs. Jackson Women’s Health Organization, the Mississippi case that is likely to overturn Roe.”

CRIMINAL JUSTICE — “California man exonerated after 32 years in prison,” by the AP: “A California man who spent more than three decades behind bars for a murder he did not commit was exonerated of the crime Monday, clearing the way for his release from prison, officials said.”

WHAT BASS CAN DO — “‘A metastasizing ​​crisis’: can Karen Bass end street encampments in LA?” by The Guardian’s Sam Levin: “Unveiling her homelessness platform in January, Bass made bold commitments: if elected, she would “end all street encampments”. She would provide housing to 15,000 unhoused people by the end of year one; rapidly get people off the street; convert empty properties into shelter; and build more permanent supportive housing.”

CA-38 — “Elections 2022: Get to know Rep. Linda Sánchez, two more candidates in 38th District race,” by the OC Register’s Brooke Staggs: “Sánchez is the heavy favorite to win an eleventh term in Congress this year, representing a solidly blue district.”

DAHLE’S HOPES — “What would Brian Dahle do as California governor?” by CalMatters’ Alexei Koseff: “After a decade in the GOP’s (super)minority in Sacramento, Dahle said he knows how to build relationships across the aisle and pass bipartisan legislation — inviting colleagues to his seed farm in Lassen County, bringing them fresh peaches from a neighbor and annually gifting them See’s candies, purchased through a fundraiser to help a local eighth grade class visit the state Capitol.”

AHEAD OF THE PACK — “Mullin pulls ahead in money race in Peninsula congressional contest,” by SF Chronicle’s Tal Kopan: “Assembly Member Kevin Mullin significantly outpaced his competition in fundraising for the open congressional seat in the Peninsula in the first quarter this year, turning around what was an initially disappointing showing in the opening weeks of the race.”

— “He spent 30 years in prison on a wrongful murder conviction. A Chesa Boudin campaign promise will free him,” by the SF Chronicle’s Joshua Sharpe. 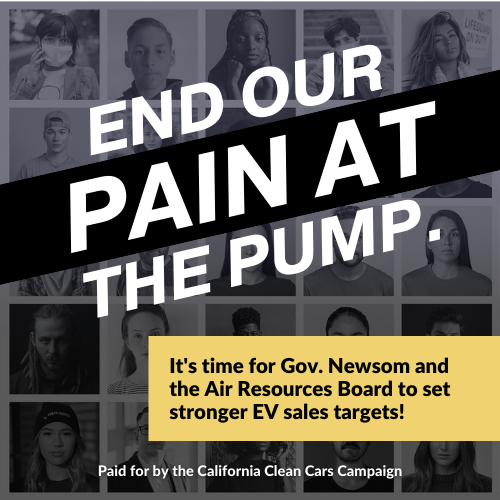 PUBLIC PAIN — “A Rising Tally of Lonely Deaths on the Streets,” by NYT’s Thomas Fuller: “Across Los Angeles County last year, the unsheltered died in record numbers, an average of five homeless deaths a day, most in plain view of the world around them.”

DROUGHT SEASON — “Sonoma County proposes first-ever fees for well water pumping,” by the Santa Rosa Press Democrat’s Guy Kovner: “In a dramatic shift from California’s history of allowing landowners to freely pump and consume water from their own wells, Sonoma County’s rural residents and many others will soon begin paying for the water drawn from beneath their feet.”

PADILLA’S TAKE — “Column: ‘It’s not as bad as it looks.’ Alex Padilla on life in the Senate, and spicing up Capitol Hill,” by LA Times’ Mark Z. Barabak: “Padilla will be on the ballot twice in June, seeking to finish Harris’ term, which ends in January, and, separately, to obtain his own six-year lease on the Senate seat through 2028. He’s strongly favored to win.”

DEPP DRAMA — “Johnny Depp To Take The Stand Tomorrow In $50M Defamation Trial,” by Deadline’s  Dominic Patten and Ted Johnson: “The already harsh and often explicit court clash between Depp and Heard, who divorced in 2016 amidst restraining orders and competing media narratives, started when the actor sued his Rum Diary co-star in March 2019 in Virginia for a late 2018 Washington Post op-ed about domestic abuse and the potential fallout for victims.”

RAISING FEARS — “Silicon Valley’s COVID windfall raises alarms about region’s economy,” by The Mercury News’ Ethan Baron: “An unprecedented flow of riches is concentrating wealth among Silicon Valley companies that capitalized on the world’s locked-down lives amid the pandemic, raising fears that a dramatically lopsided recovery will warp the economic future for the Bay Area.”

— “Why do some people never get COVID while others get it several times, even if vaccinated?” by the SF Chronicle’s Danielle Echeverria.

BBQ TIME — “In West Oakland, Barbecue Is Back — With a Side of Fried Chicken,” by NYT’s Tejal Rao.

LOST IN TRANSLATION — “The quest to save Cantonese in a world dominated by Mandarin,” by the LA Times’ Anh Do.

Electric vehicles are the key to freedom from expensive and volatile gas prices. Low-income communities and communities of color are hit from both sides, spending more of their income on fuel and breathing in more toxic tailpipe exhaust that shortens their lives. Strong, equitable electric car sales targets will cut health costs associated with chronic air pollution exposure, support the creation of good jobs in a key economic sector and help unburden family budgets that support local businesses.

We need electric car sales targets and mandatory equity provisions that achieve at least 75% pollution-free car sales by 2030. Click here to learn more about how we can improve the Advanced Clean Cars program.

CALIFORNIA POLICY IS ALWAYS CHANGING: Know your next move. From Sacramento to Silicon Valley, POLITICO California Pro provides policy professionals with the in-depth reporting and tools they need to get ahead of policy trends and political developments shaping the Golden State. To learn more about the exclusive insight and analysis this subscriber-only service offers, click here.

Want to make an impact? POLITICO California has a variety of solutions available for partners looking to reach and activate the most influential people in the Golden State. Have a petition you want signed? A cause you’re promoting? Seeking to increase brand awareness amongst this key audience? Share your message with our influential readers to foster engagement and drive action. Contact Jesse Shapiro to find out how: [email protected] 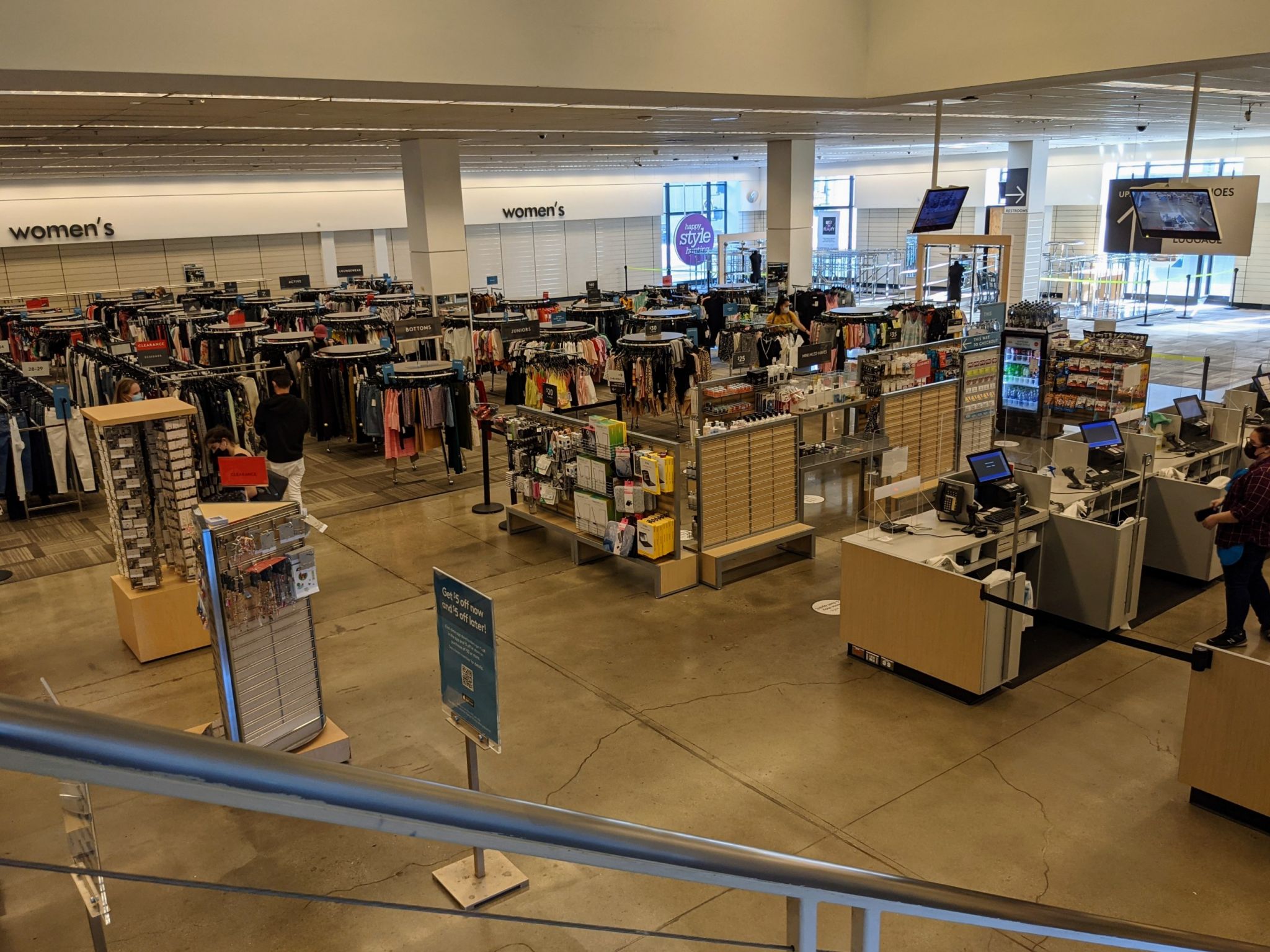 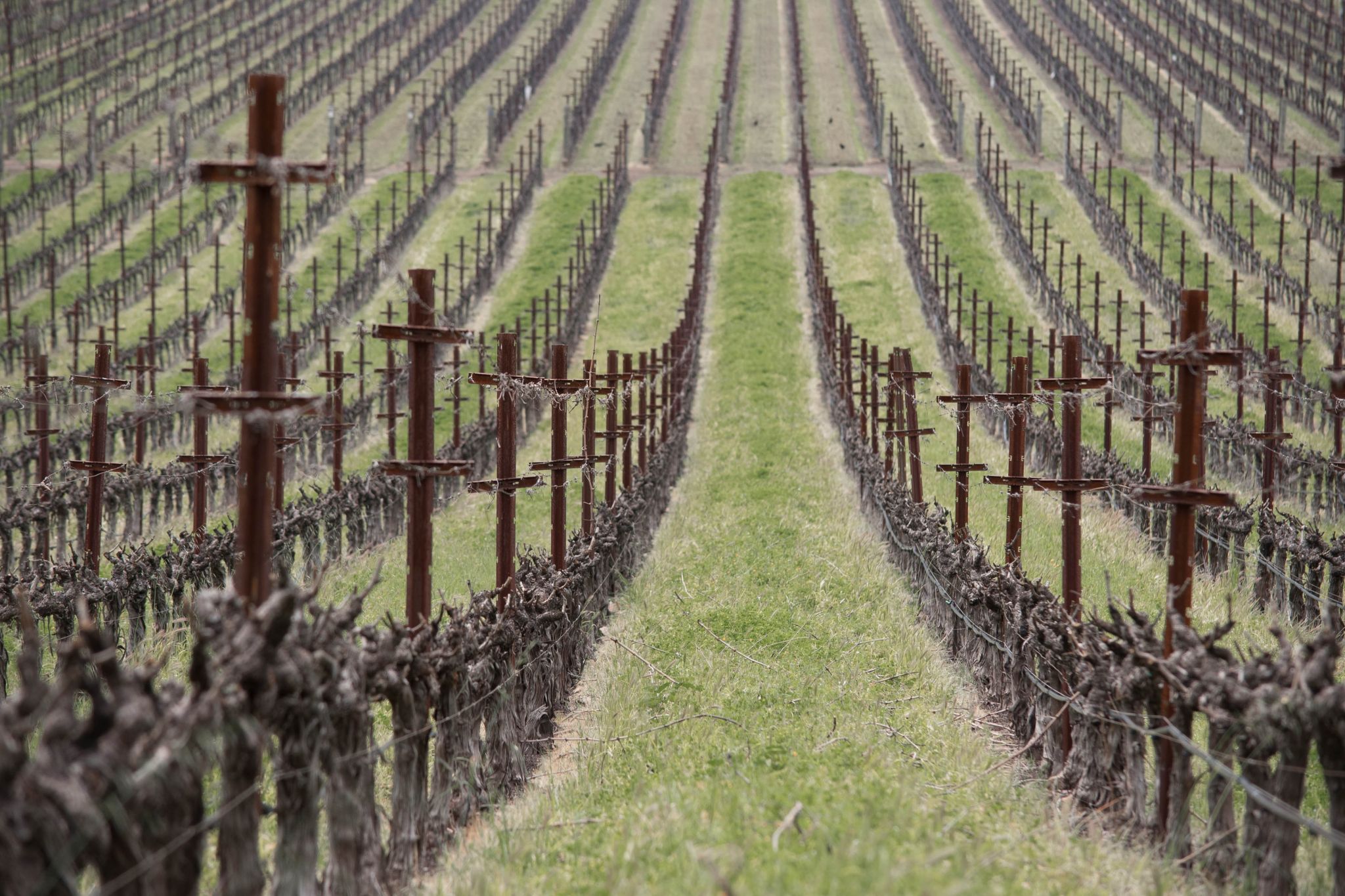