With a storied, celebrity past and almost a century of careful preservation paired with with high-end, careful renovation, 2500 Divisadero is a San Francisco legend. You could write the next chapter for this historic mansion, on the market now for $15.995 million.

This 9,125 square-foot home was built in 1933 by locally renowned architect Angus McSweeny, a partner in Willis, Polk, and Company, an architectural partnership that produced hundreds of significant commercial and residential buildings in the Bay Area, including the Palace of Fine Arts .

Later McSweeny would go on to form his own firm. Along with this home, other notable buildings to McSweeny’s credit are 1200 California and St Mary’s Cathedral on Gough, the latter of which he served as part of collaborative team to create and construct. 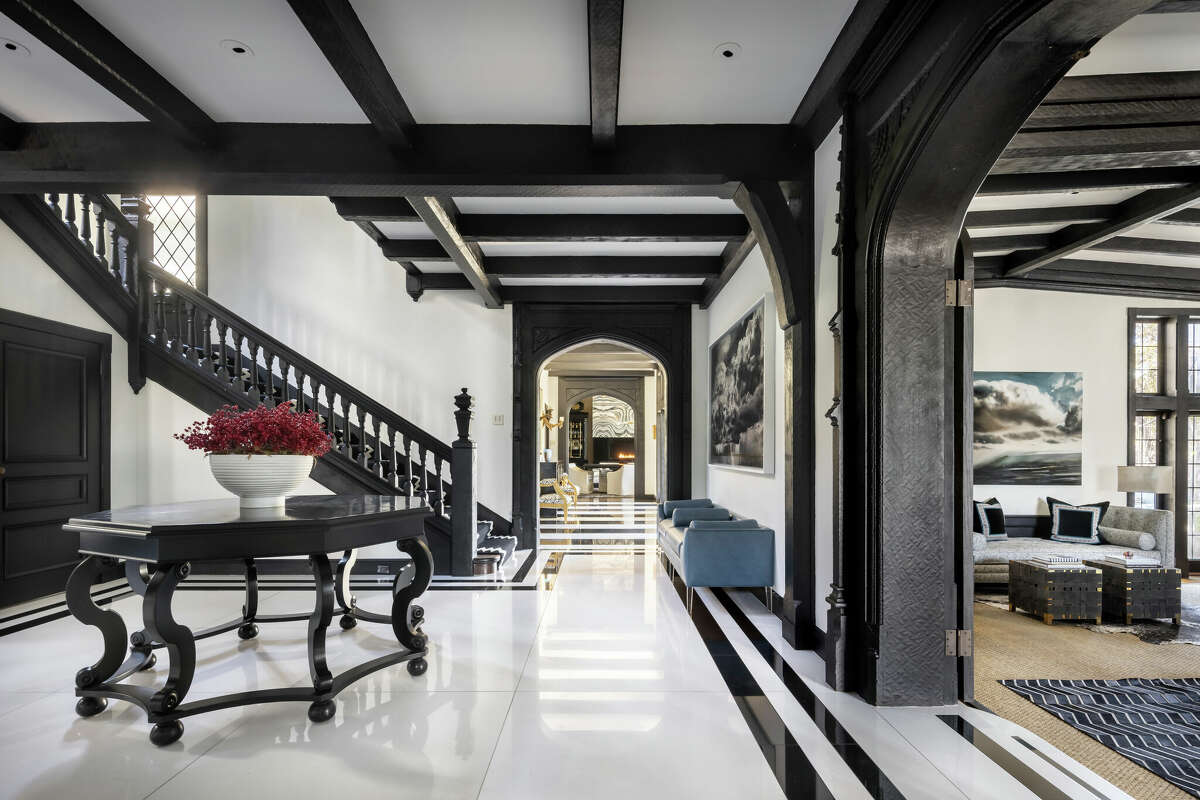 The grandeur of those buildings is clearly present in 2500 Divisadero, with its classic Tudor craftsmanship. hand-carved woodwork; hand-laid stone and brick; dramatic arches, peaks, beams, built-ins and embellishments; all of these features are still present. 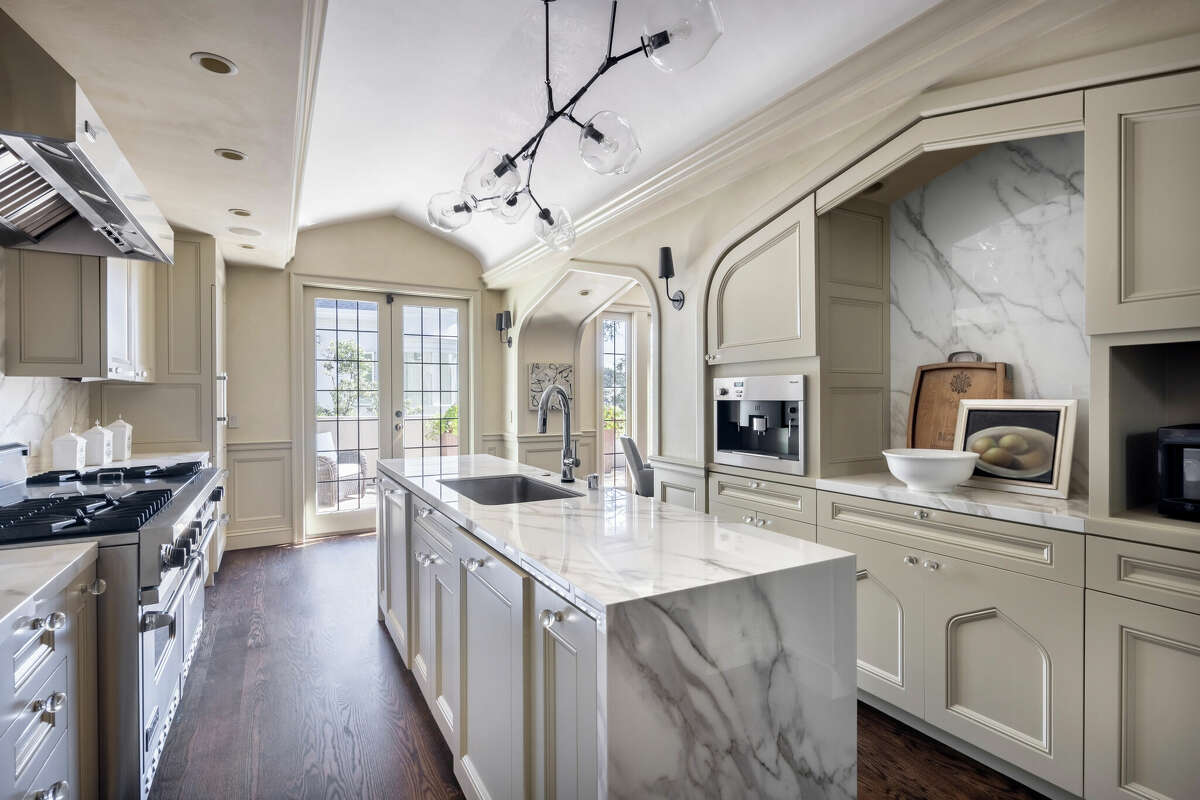 The kitchen is large and equipped with high-end appliances. French doors open to patio.

But the plethora of famous owners have kept the six-bedroom, five full bathoom and three half-bathroom abode current with modern day luxury. 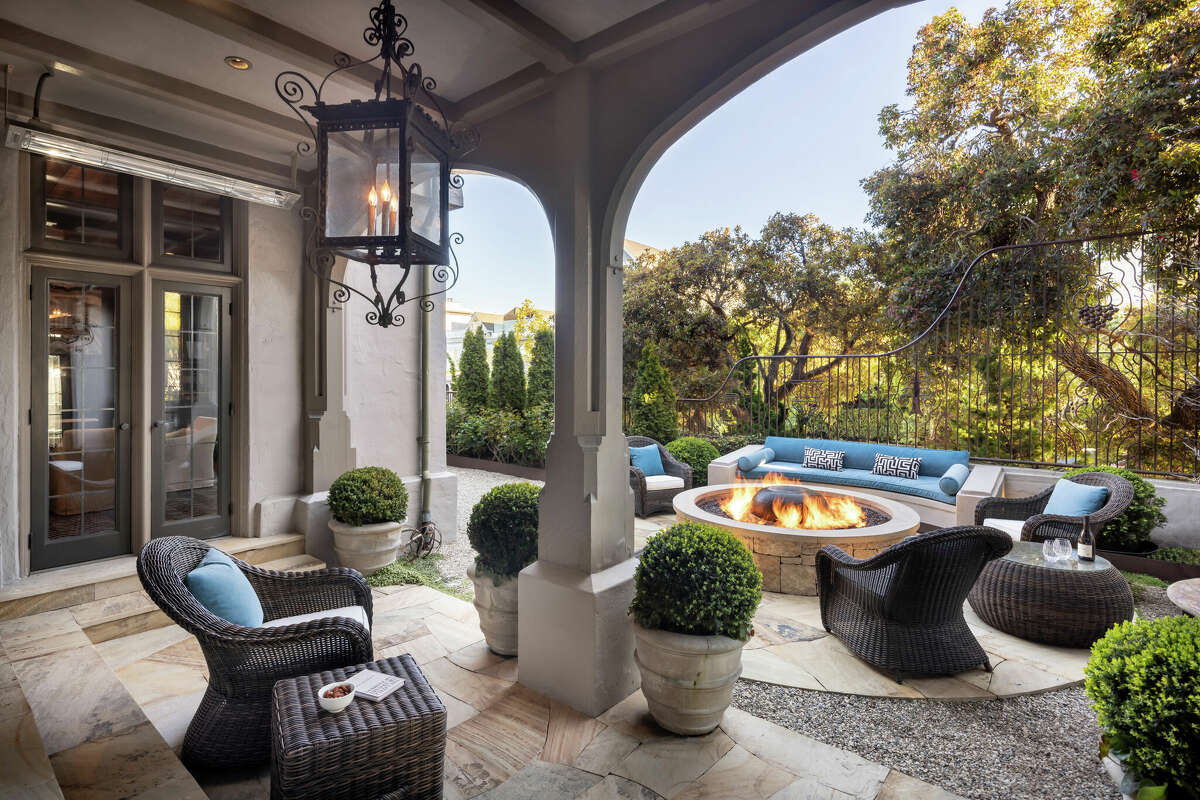 The outdoors are as luxe as the indoors, as evidenced by this patio and fire ring, surrounded by trees.

The home has illustrious history. Before it was built, its location was a backdrop for the 1924 the Buster Keaton silent movie, “The Navigator.” Once the home was built, its original owners were the Bissinger family: Marjorie Walter Bissinger was the founder of the Asian Art Museum. 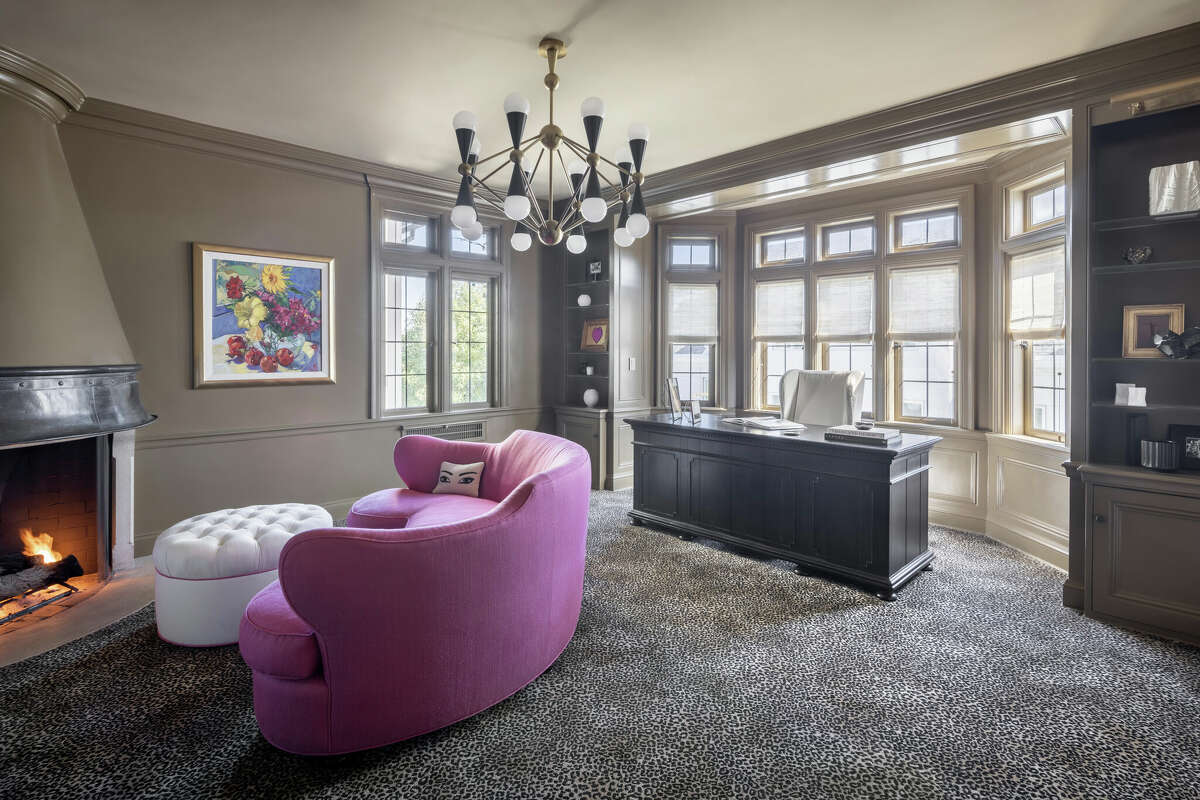 The home’s office has it’s own hearth as well as built-in bookshelves.

The home has also housed the Canadian Consulate, and has featured in San Francisco’s Decorator Showcase. Previous owners and philanthropists Jeff and Laurie Ubben used the home to host fund raisers for a variety of causes. At one point, Martha Stewart stayed in the upper floor guest room while she and Jeff Ubben worked together. 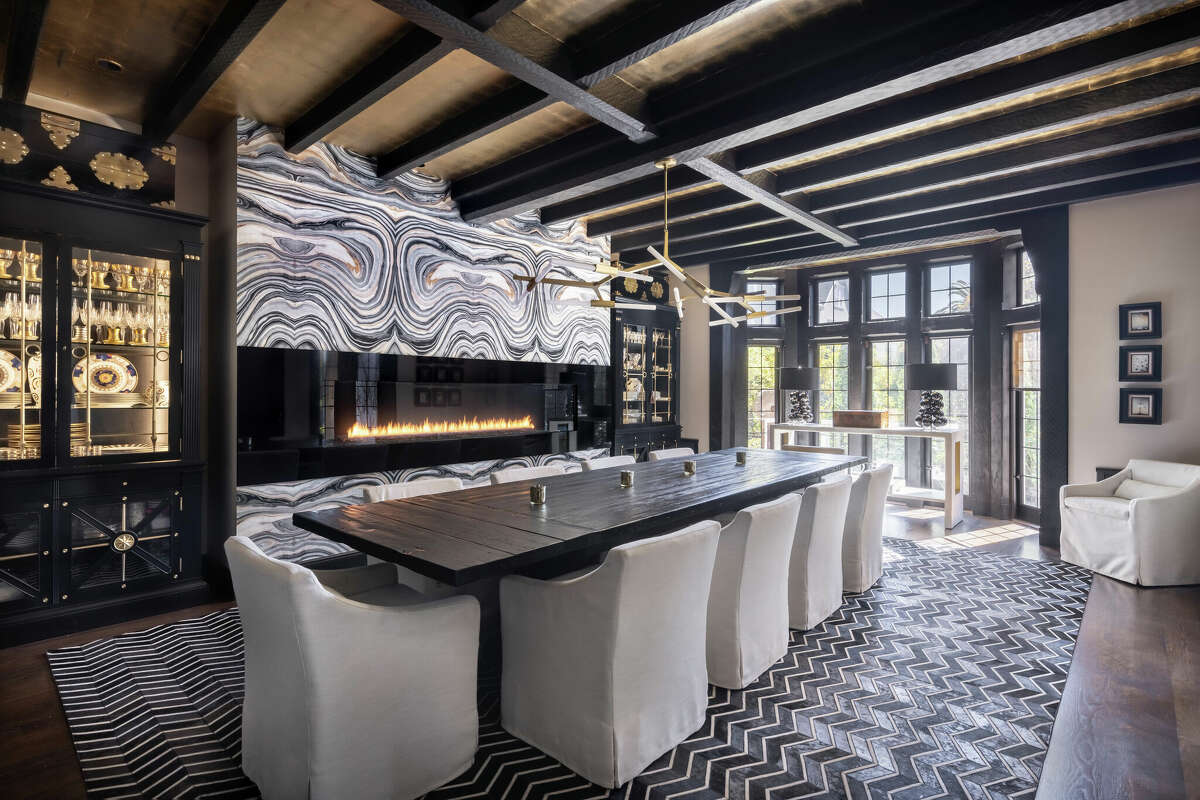 A very dramatic formal dining room is warmed by an oversized fireplace. 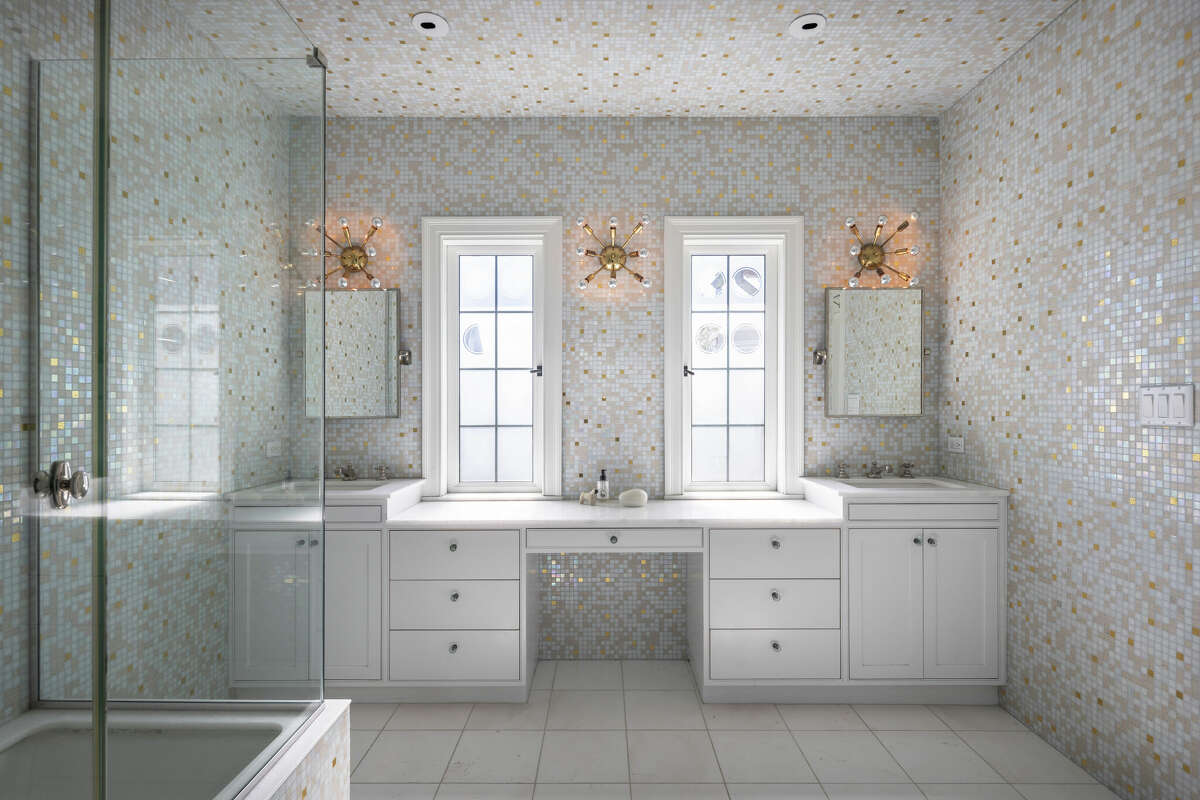 This bathroom with its unique wall paper is light-filled and spacious.

“The house itself inspired me with its rich history, grand entrance, extraordinary hand-carved wood, custom ironwork, and gorgeously proportioned rooms,” Holly Depatie told SFGATE. “Because of the house’s connection to the visual arts I wanted it to exude a sense of dignified drama, a grown-up modern aesthetic that embraced both its glorious past and its most relevant place in the present as one of the great San Francisco houses. “ 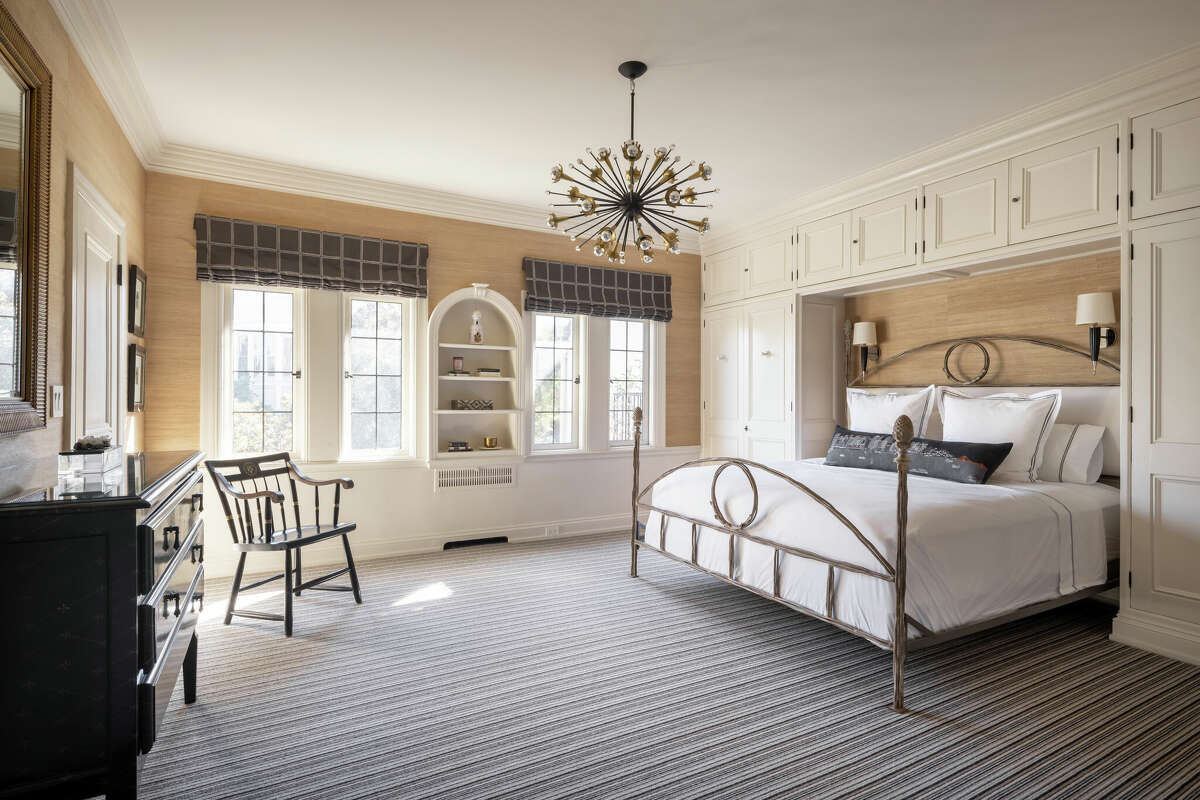 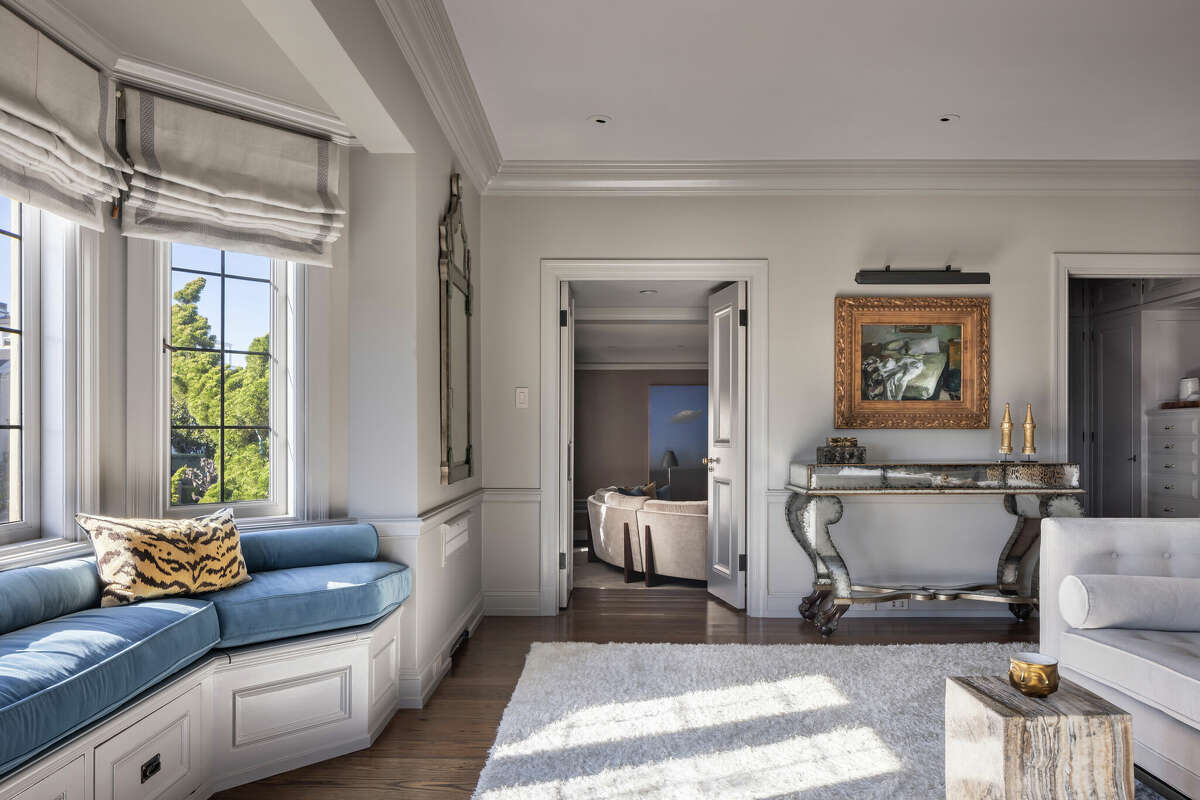 The primary bedroom features bay window looking out over the lovely views.

In the Depatie family’s hands, this home has continued to serve philanthropic causes as well as play host to a plethora of distinguished guests. Whoever buys the property next will enjoy almost a hundred years of history included with the sale. 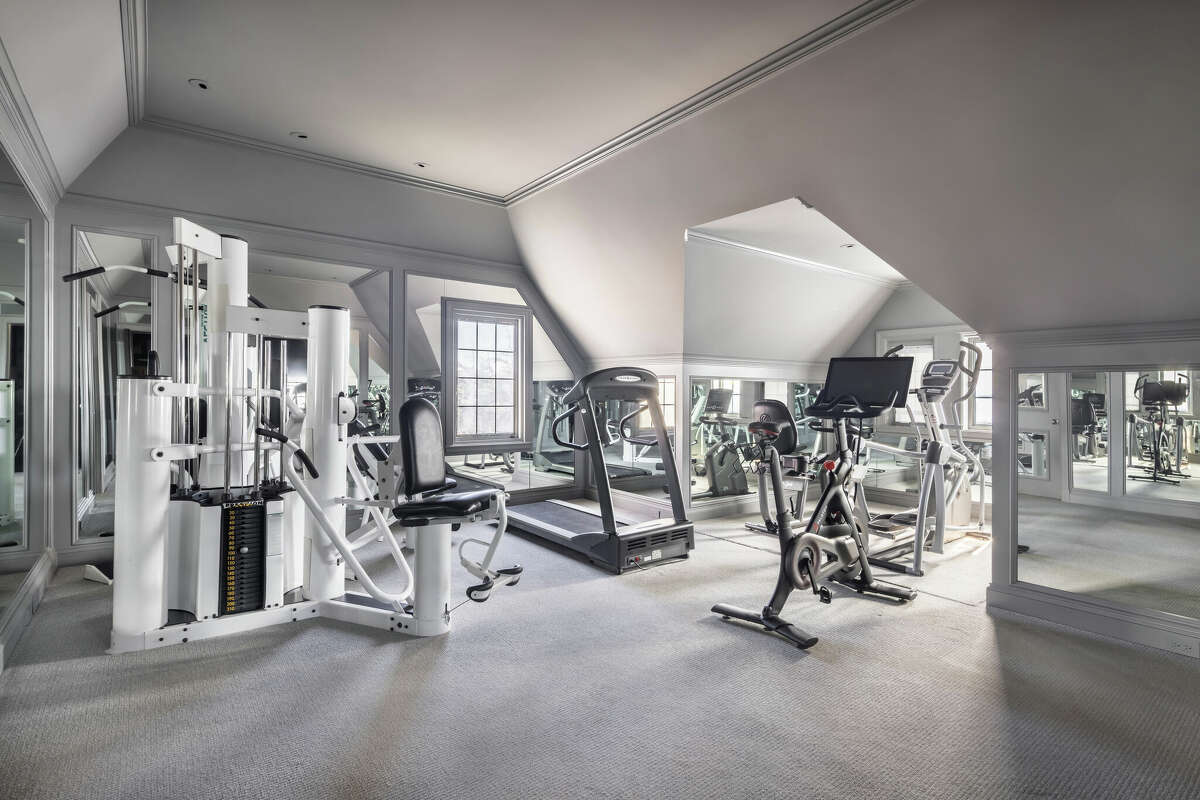 The home gym is fully equipped.

Anna Marie Erwert writes from both the renter and new buyer perspective, having (finally) achieved both statuses. She focuses on national real estate trends, specializing in the San Francisco Bay Area and Pacific Northwest. Follow Anna on Twitter: @AnnaMarieErwert. 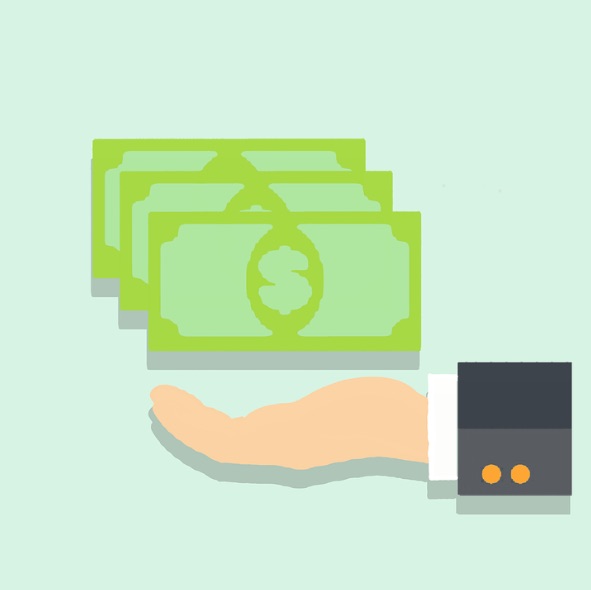 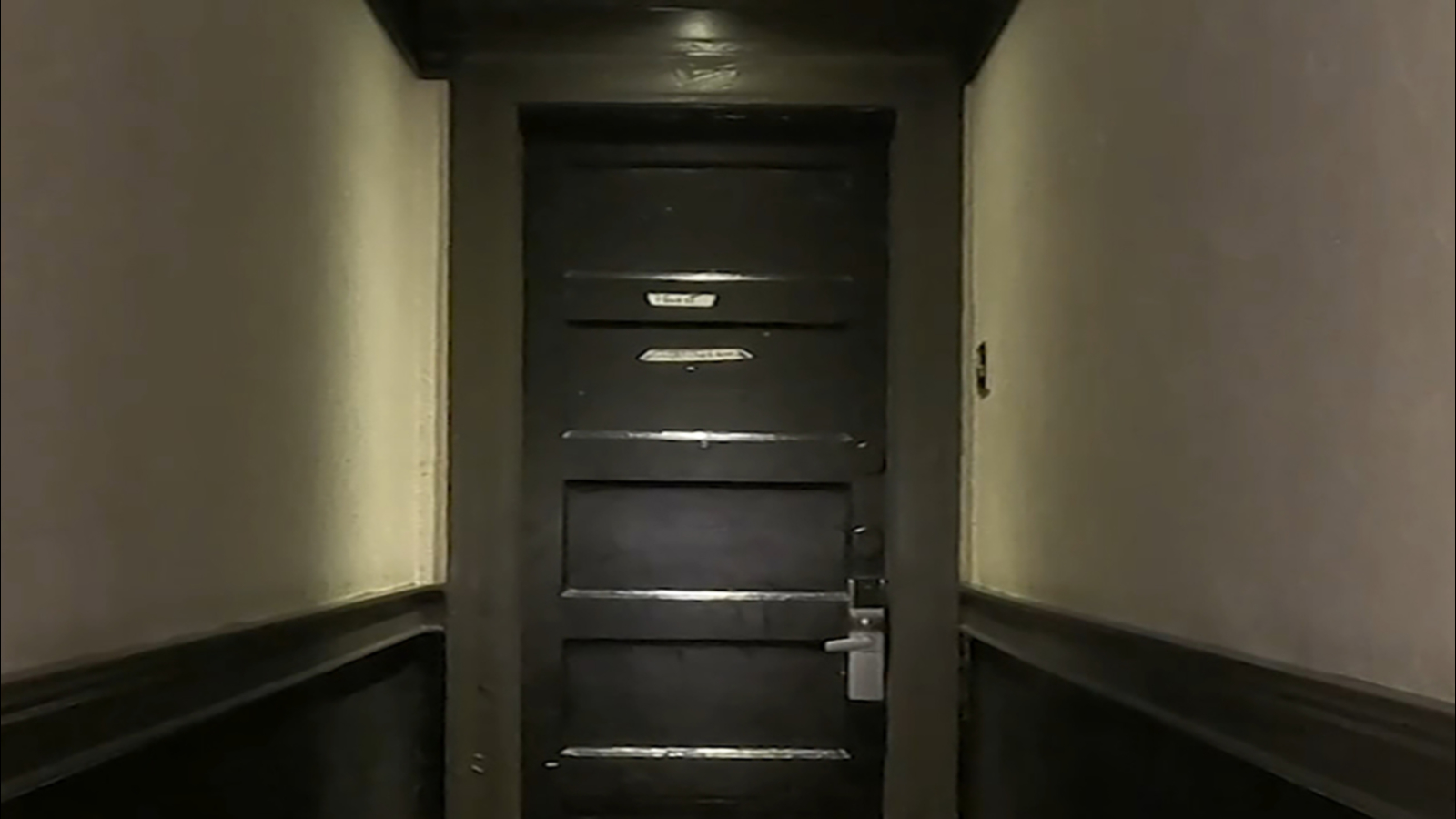