ONEustin, Texas is gripped by the gentrification that destroyed San Francisco, and it feels like my duty as a filmmaker to document it. I think you have to be a stubborn, headstrong, cranky bastard to make films. As a failed comedian who had to find another way to deal with everyday life, filmmaking and photography have kept my sanity, and our latest film explores the changes I am seeing in my local community.

Items found and kept in a shrine in an East Austin newspaper warehouse. Photo: Patrick Otisike Bresnan / The Guardian

I lived in San Francisco in the 90s when Big Tech was incubated, and I believed that the coming democratization of technology would unite us and make the world a better place. The anticipation was incredible. What we didn’t see as 20-year-old punks enjoying themselves in the SF Mission District was the complete inundation of affordable neighborhoods with technicians and real estate developers. Housing had become an act of gladiatorial combat, in which cash was the most powerful weapon.

During the pandemic, Austin appeared to have become the number one city that people moved to on the LinkedIn social work platform. Like San Francisco 20 years ago, people come to Austin to work in the tech industry and bask in the strange pseudo-liberal culture the city is known for. Homes now regularly sell for hundreds of thousands of dollars above asking price. This coincided with the construction of a Google Tower downtown, Facebook ordered 2 square meters of office space, and Tesla relocated its headquarters to Austin. 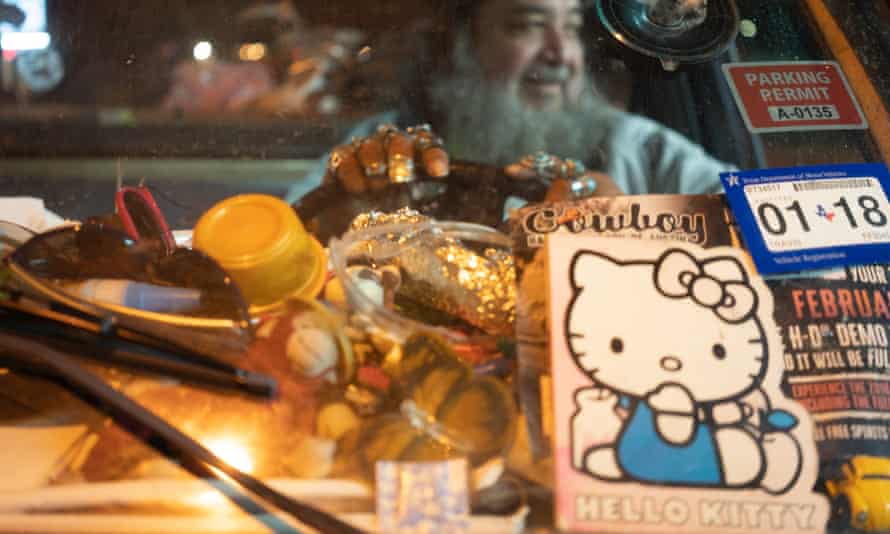 Bear goes to check out the newspaper at 3 a.m. on Christmas Day. Photo: Patrick Otisike Bresnan / The Guardian

The real human impact of this influx of highly paid and economically mobile workers is being felt in the form of a housing shortage. I’ve had this in mind since 2010 when I did a master’s degree in sustainability in the University of Texas architecture program with a focus on affordable housing. What I found so daunting about architecture school was the focus on sustainability in designing luxury homes and buildings that the majority of people could not afford or achieve. I understand sustainability more as the ability to preserve historical residents than through the design of energy-efficient buildings. By 2014 I had concentrated my energies again on an equally brutal career: filmmaking. I believe that through visual storytelling we can communicate social needs and try to maintain communities on the forefront of gentrification. 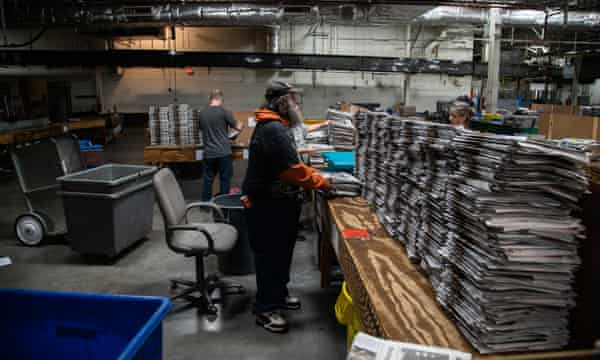 In my new documentary, Happiness is a Journey, which I made with my film partner Ivete Lucas, we try to connect audiences with people who have very little power or ability to withstand the changing cityscape of Austin. The experimental split-screen documentary accompanies warehouse workers through the night as they process newspapers for delivery the night before Christmas. Your warehouse is on one of the most valuable pieces of land in the southern United States, a place with massive redevelopment plans. The physical newspapers they pack and deliver will expire in three years.

Our main protagonist in the film, Eddie “Bear” Lopez, lives less than a mile from the East Austin warehouse in a house he has called home for 60 years. Some of his colleagues have suffered from insomnia, some have been delivering papers since they were young, others are mothers who work the night shift to feed their children, or men who have been in prison looking for a return to work. While most of the people are huddled in their houses trying to sleep in anticipation of Christmas morning, bears and the like crawl to get their papers out of the camp before 3 a.m. 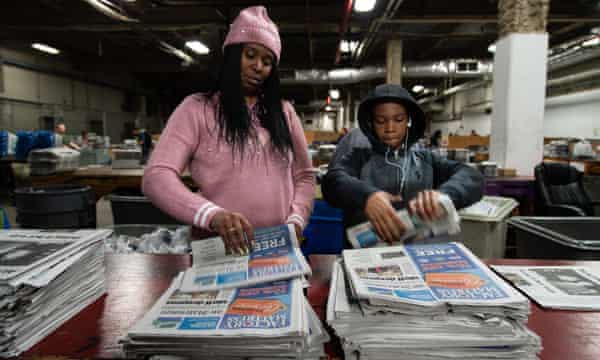 A mother and child at the East Austin newspaper warehouse. Composition: Patrick Otisike Bresnan / The Guardian

What we want to preserve in this film are the daily routines of the invisible working class in a city that will soon be priceless to them. Just as I’ve seen gentrification change the Bay Area, it changes Austin, and this film is an act of sustainability. We need to recognize the vulnerable people who make up our city and put a face to them before it is too late and they are forced to leave.

Happiness is a Journey is out today in the Guardian. Check out more Guardian documentation here. Sign up for the Guardian Documentaries newsletter here to be the first to hear about new releases and exclusive events.

Legislature transferring so as to add new instructor certification paths 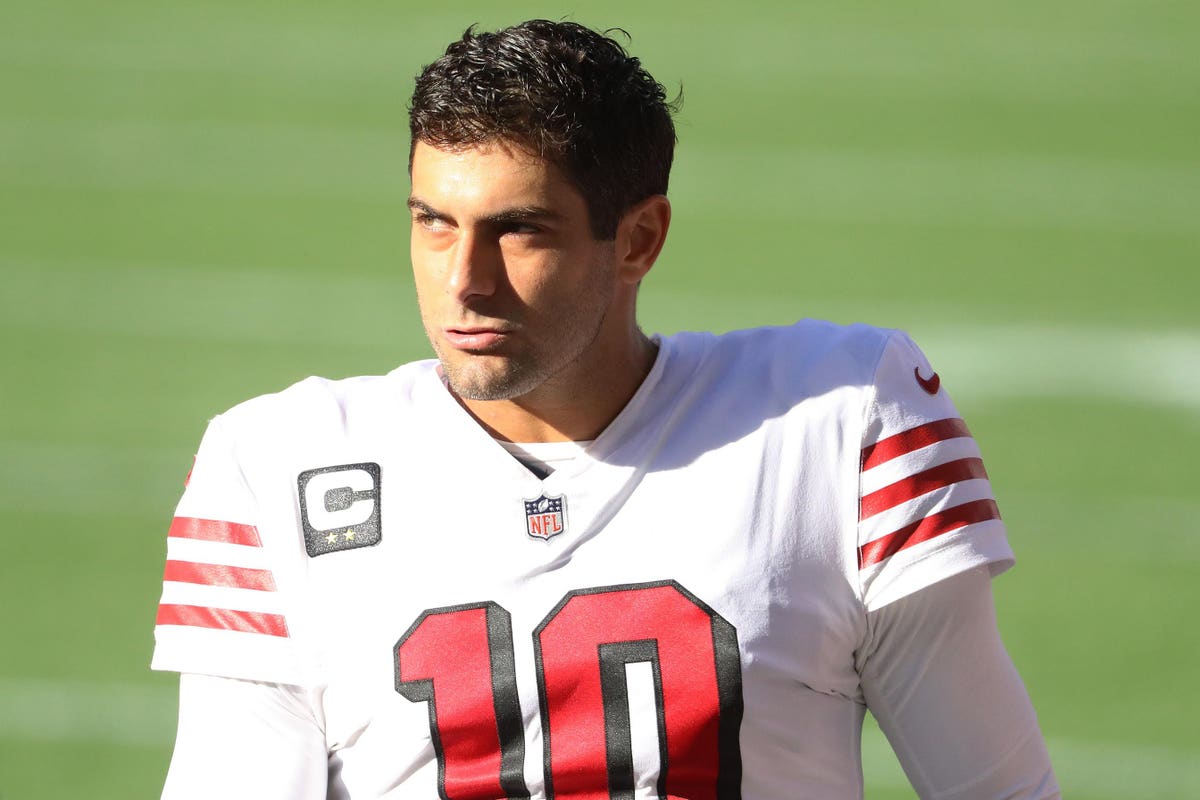 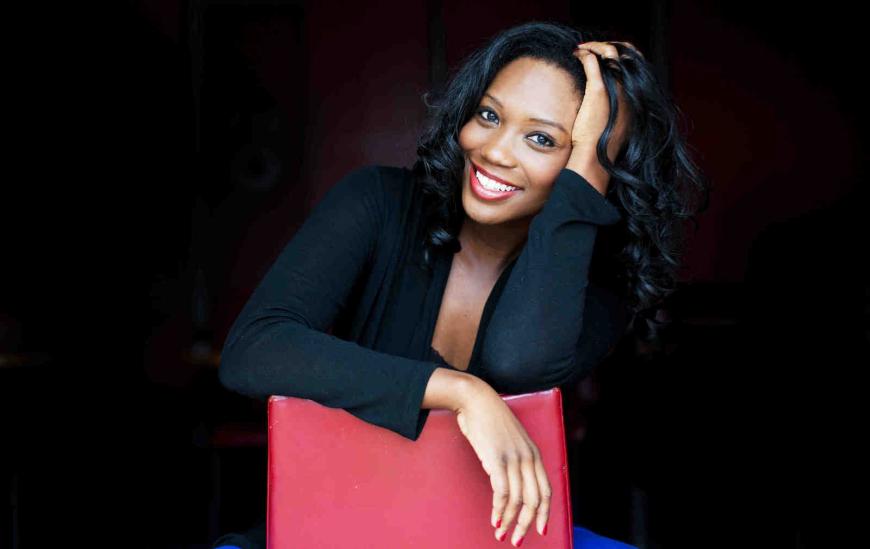