For every homeless person in San Francisco who becomes housed with the help of government, four more people become homeless, according to a new report. This Sisyphean track record offers important lessons for other cities. Unfortunately, measures on the city’s November ballot ignore proven solutions and double down on misguided policies.

San Francisco’s first mistake is misdiagnosing the problem. The city’s political class thinks homelessness is primarily caused by insufficient housing. In truth, homelessness is more often caused by substance abuse and mental illness. That mistake has caused the city to pour hundreds of millions of dollars into “affordable” or “permanent” housing programs.

In 2016, city leaders created the San Francisco Department of Homelessness and Supportive Housing (HSH). Since its inception, HSH has received $3.5 billion, while the number of people experiencing homelessness in the city annually has increased by 63 percent. About 50-60 percent of HSH’s funding in a typical year supports various permanent-housing programs.

Up to 20,000 people experience homelessness in San Francisco over the course of a year. San Francisco is the most expensive place on Earth to build, according to construction consultant Turner & Townsend. One “affordable” unit costs developers an average of $750,000 to build in the city. It’s cheaper to buy units, but not by much. For example, San Francisco recently bought two buildings for permanent supportive housing containing 252 units for $162.3 million, or $644,000 per unit.

Even if the city had $15 billion to build 20,000 units, it would not solve the problem, as the services draw new homeless people to the city: another 20,000 homeless people would emerge the next year, followed by 30,000 the next, and so on. The inflow of people experiencing homelessness greatly exceeds the number of people who become housed. The “Housing First” vision of giving every homeless person a permanent home is an expensive fool’s errand.

City officials helped to put two measures, D and E, on the November ballot, which proponents claim will increase the production of affordable housing by streamlining permitting when a project meets certain thresholds of affordability and tenant income (the measures differ on those thresholds). But to appear union overlords, both measures require builders to pay construction workers higher “prevailing [union] wages” on projects of 10 units or more, which could drive up total project costs by more than 35 percent. That won’t make housing more affordable.

San Francisco needs more housing, but giving HSH more money will not solve the homelessness problem; doing so would ignore the actual causes of homelessness. And in a desperate attempt to salvage a morsel of legitimacy for HSH, the San Francisco Board of Supervisors put Measure C on the ballot, asking voters to create a seven-member Homelessness Oversight Commission to oversee HSH, adding another layer of government bureaucracy.

San Francisco has compounded its homelessness problems by recklessly handing out cash assistance, effectively subsidizing self-destructive behaviors. After just one month of residency, people can receive benefits up to $869 a month for food and general assistance.

In a 2022 viral video, a self-described “old-school junkie” from Louisiana explains how “they pay you to be homeless here [in San Francisco]… it’s free money.” He uses assistance to pay for Netflix and Prime Video on his cell phone as he lives in a tent on a sidewalk and uses fentanyl. More housing development won’t solve this problem. People experiencing homelessness will continue to stream into the city, lured by permanent homes at taxpayer expense, generous cash benefits, and, perhaps most importantly, tolerance from political elites.

While San Francisco pursues its impossible dream of permanent housing for every homeless person, incentivizing more people to come to the city with cash assistance and the promise of housing, its political class tolerates neighborhood decay. Officials uncaringly sacrificed certain neighborhoods (but not Nancy Pelosi’s Pacific Heights) to the street problems accompanying homelessness. The epicenter of San Francisco’s homeless population is the tenderloin, a nightmare of concentrated violence, theft, encampments, fires, drug dealing, drug use, and overdoses, which kill about two people a day in San Francisco. The Tenderloin, Mission District, South of Market, and other neighborhoods have become dangerous shelters of first resort, unsafe for housed and unhoused residents alike.

The root cause of this neighborhood decay is an unwillingness by government officials to enforce “the public purposes of public spaces” throughout the city. Parks, sidewalks, alleys, nature areas, and land along freeways and near transit systems have well-established public purposes that don’t include residential living. Since the city doesn’t preserve public spaces for their intended uses, unhoused people live in those areas, evading difficult choices such as receiving treatment, moving to designated safe sites, going to jail, or moving to another town.

Homelessness should never be a crime, but specific actions by an individual experiencing homelessness—or anyone else—should be crimes. That includes defecting in public, open drug use, littering, trespassing, assault, battery, and living on sidewalks and roadways. Residents of the Tenderloin—or any neighborhood—deserve a safe, clean community in which to raise their kids, where parks are used for recreation, not drug injection.

That leaves the question of where unhoused people should go. Housing First addresses the symptom of homelessness but leaves the root causes of homelessness—personal trauma, substance abuse, mental-health issues, disaffiliation—largely untreated, with deadly consequences.

From 2016 to 2021, 869 homeless people died in San Francisco, according to a 2022 study by medical researchers. The highest number of yearly deaths, 331, occurred during the peak of the Covid lockdowns, from March 2020 to March 2021, when people experiencing homelessness were shunted into their Housing First rooms. A full 82 percent of the 331 deaths were due to overdoses, the majority involving fentanyl, because underlying causes weren’t addressed. Without treatment, “Housing First” too often becomes ‘Death Second.’

In contrast, San Antonio, Texas, provides a proven compassionate model that focuses on the root causes of homelessness. Moreover, it can be scaled up relatively cheaply, compared to San Francisco’s approach.

Haven for Hope, which opened in 2010, is the vision of San Antonio business leader Bill Greehey, who raised $103 million to build the nonprofit facility. Most of the money came from private sources, and the City of San Antonio donated the land. Haven for Hope is an integrated “one stop” 22-acre campus for the safe housing and treatment of homeless people in Bexar County. It collaborates with 183 partners, 70 of whom are on-site, and it provides transportation to off-site providers.

The 17-building complex offers a low-barrier emergency shelter called The Courtyard, where meals, showers, toilets, laundry, medical care, and case management services are provided. The complex also has a transformational campus of long-term housing with no time limit and individualized services for addiction recovery, mental health care, life skills, and job training. The staff are well-trained, and around-the-clock security ensures the safety of the 1,700 residents and the surrounding neighborhoods. The operating budget for fiscal year 2021 was $24.7 million.

Since 2010, more than 40,000 people have been helped at Haven for Hope. Almost 6,000 people have found permanent housing through the transformational program, with 92 percent remaining stable and housed after one year. Judges in Bexar County offer many individuals facing criminal charges who have mental-health or substance-abuse problems a choice: jail or a recovery program at Haven for Hope. Results for individuals entering Haven for Hope through courts are reportedly as good as those for individuals entering without court intervention. The results are impressive.

In 2009, San Antonio and San Francisco had similar levels of homelessness, but during the decade that followed, the homeless population in San Antonio decreased 11 percent (including 77 percent fewer homeless downtown), while the homeless population in San Francisco surged nearly 80 percent . San Antonio is committed to getting people off the streets and into safe facilities dedicated to healing underlying traumas and tackling the true causes of homelessness through personalized treatment and job training. A similar commitment is needed in San Francisco.

For starters, the State of California should donate the underused 62-acre Cow Palace for a Haven for Hope-style campus for San Francisco. It should be staffed by trained professionals who collaborate with nonprofit service providers with proven track records of success. Business leaders should raise private funds to build the facility.

San Francisco should preserve its public spaces and revitalize its neighborhoods by directing people experiencing homelessness to designated, safe, state-of-the-art campuses that combine a low-barrier shelter with transitional housing and personalized treatment for substance abuse, mental illness, and job training. A campus is cheaper to build and scale than the permanent housing approach. Enforcement of the public purposes of public spaces must be consistent and citywide. Selective neighborhood enforcement will only push problems to other parts of the city.

With few exceptions, San Francisco should stop providing cash payments, debit cards, or anything that can be easily converted into cash. Assistance from governments and nonprofits should consist of services. Cash should come from employment.

San Francisco’s policy mistakes have turned the city into a national theme park for human misery. Cities should learn from those mistakes. As demonstrated by San Antonio, a holistic, integrated approach that tackles the root causes of homelessness can prevent communities from sliding into an abyss. 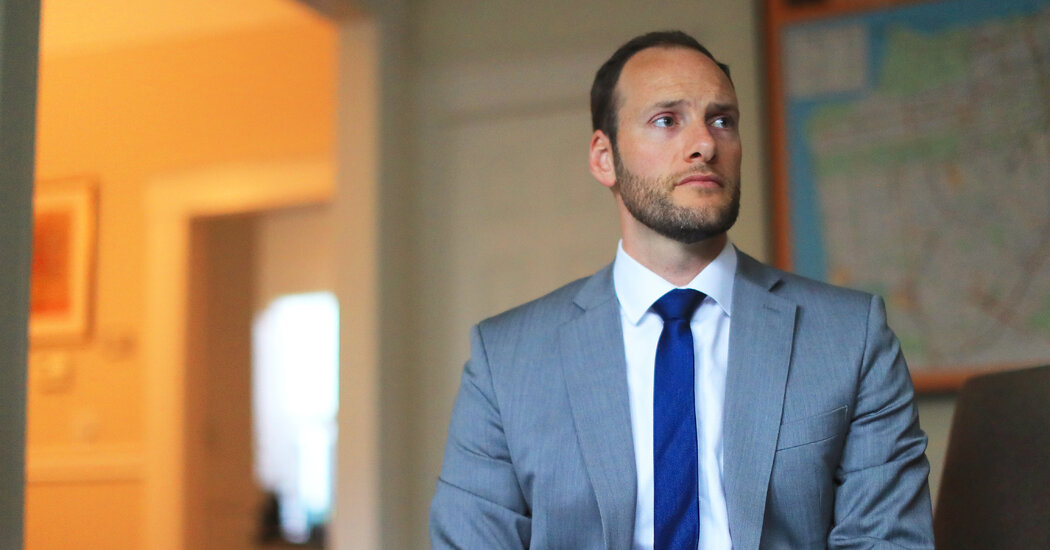 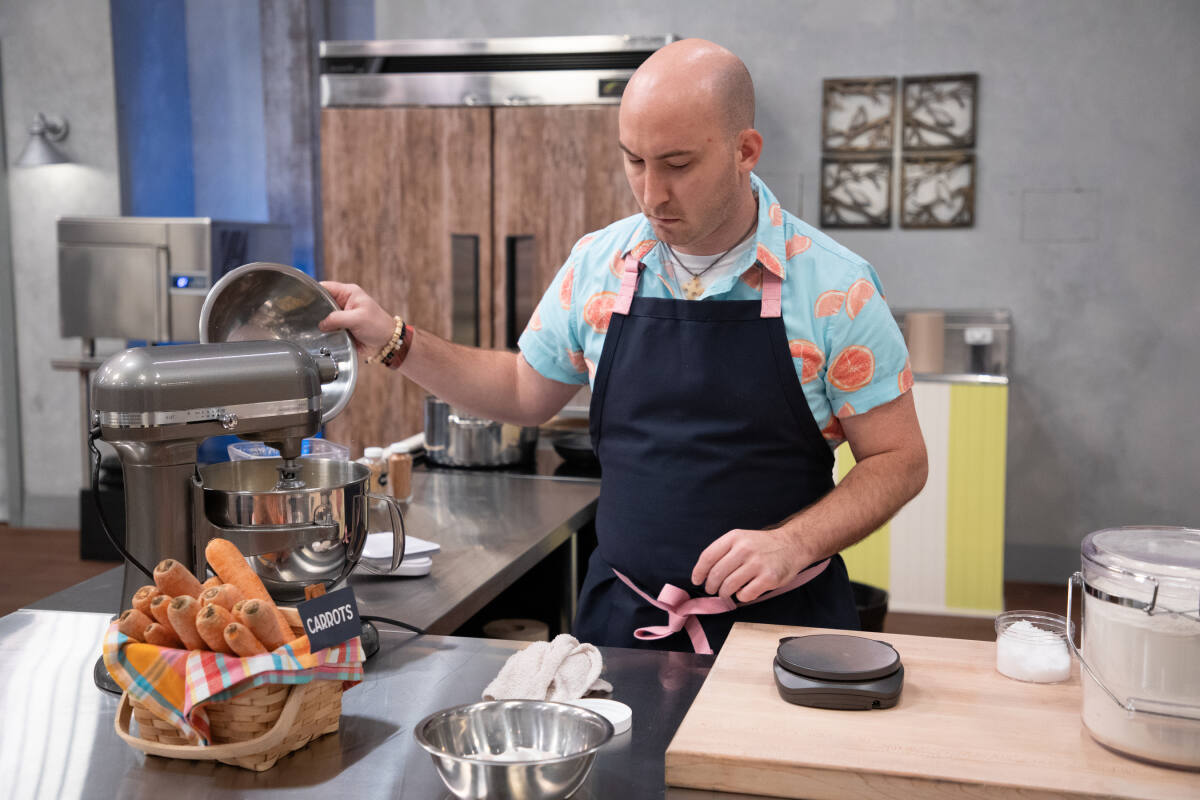 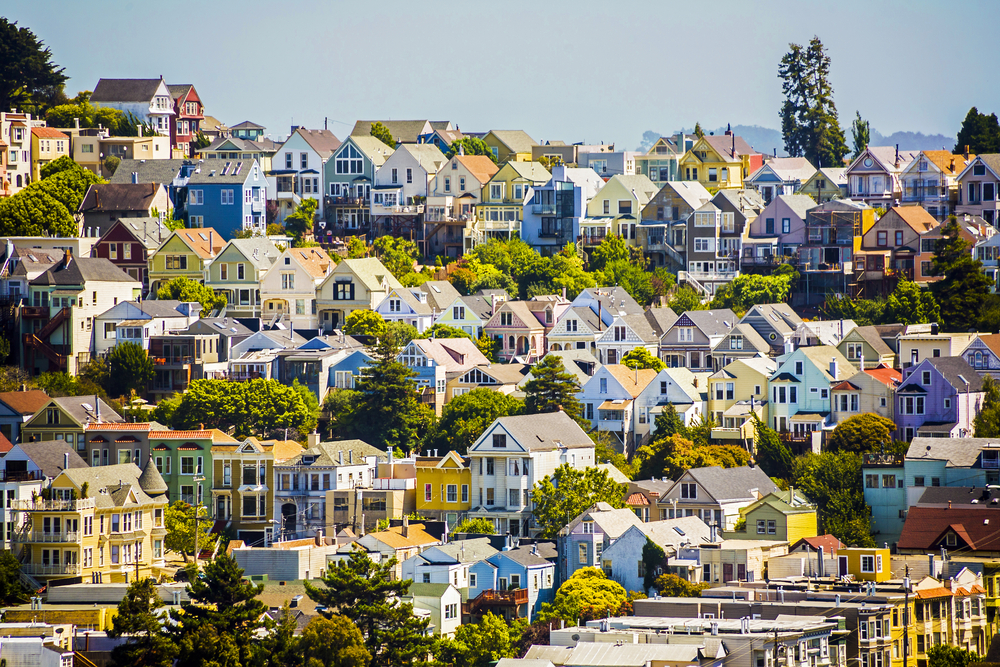