Despite expert predictions that local homelessness rates have soared due to the pandemic, new data released Monday showed that San Francisco’s unhoused population has fallen 3.5% since 2019, the first such decline the city has reported in years.

The data shows the total number of unhoused residents in San Francisco at 7,754, down from the 8,035 homeless people counted in 2019 when the city saw a 17% spike. The number of unsheltered people in tents and cars dropped 15%.

The data from San Francisco’s point-in-time count, which was conducted during one night in February, is preliminary, pending a more robust analysis to be released in July. But the early findings show a clear reduction in the city’s total homeless population and more homeless people living in shelters rather than on the street or in a vehicle than in 2019.

San Francisco was one of only two counties in the region — along with Sonoma — that saw a dip in its homeless population, though not all counties reported data Monday. Contra Costa saw a 35% jump while Alameda had a 22% uptick. Marin’s unhoused population increased 8%, and Santa Clara’s grew 3%. The number of people who are homeless in Oakland soared 24%.

Even though the numbers reflect a decline in San Francisco’s unhoused population, homelessness remains a highly visible and acute issue in the city, particularly in neighborhoods like the Tenderloin, where Mayor London Breed recently declared a three-month state of emergency due to a crisis of overdoses, street crime, open drug dealing and tents.

Breed and other San Francisco leaders, facing intense public pressure to make visible improvements to the city’s streets, are spending hundreds of millions of dollars to open new permanent supportive housing units and other resources intended to help people living on the streets move into stable homes.

Experts have long said the point-in-time count does not fully capture the extent of homelessness overall, but it uses consistent methodology that helps local leaders gauge trends in the unhoused population, even if they are undercounted.

Regardless of the official numbers, many San Francisco residents have complained that homelessness appears to be soaring, citing new tents and RVs in their residential neighborhoods during the pandemic, and leaned on officials to respond.

“We have a lot of work to do, but this shows that we’re moving in the right direction,” Breed said in a news release. “The investments we have made and will continue to make, as well as our improvements in strategy around outreach and connecting people to resources are all working together to help get more people off the street.”

Thousands more will be housed over the next year, high hundreds of people will receive treatment and thousands stabilized in shelter. The promise of Prop C is only just starting to be realized! Fantastic things to come for unhoused San Franciscans!

Breed and other San Francisco officials hailed the latest count as a sign of progress in their efforts to address homelessness.

“Our investments in shelter and housing are showing wonderful results and improvements in the lives of people who have experienced homelessness,” said Shireen McSpadden, executive director of the San Francisco Department of Homelessness and Supportive Housing.

McSpadden was speaking in the Panoramic building at Mission and Ninth streets, a 160-unit former student housing complex that the city bought to convert into housing for people experiencing homelessness.

In addition to helping thousands of people find housing in recent years, Breed said since 2019 the city has also prevented about 1,800 people from becoming homeless in the first place by paying back rent and providing move-in assistance.

“This is the work that we’re doing in San Francisco that needs to be elevated,” Breed said.

Experts have said that getting an estimate of the number of homeless people in San Francisco is essential for getting those residents housing and support. The point-in-time count is conducted across the country every two years but was delayed due to the pandemic. Both the initial results released in May and a full and final report — set for release in July — are sent to the US Department of Housing and Urban Development, which requires the count to determine funding allocation.

The count helps determine how much federal, state and local money is directed to the homelessness crisis.

February’s count was completed using federal guidelines that exclude certain categories of people — such as individuals in hospitals or jails — that San Francisco officials count. But the city tracks those numbers separately and will release them this summer.

When you see Point in Time Count numbers please remember: There is a shortage of 7 million affordable & available homes for renters with the lowest incomes. Find out more. #TheGap22 https://t.co/6BLQOx4FeW

The data also showed the number of homeless families dropped by 1%, unaccompanied homeless youth fell by 6% and the chronically homeless population decreased by 11%. The number of homeless veterans stayed about the same at about 610, but they were more likely to be sheltered this year than in 2019.

San Francisco officials attributed a 15% overall drop in the unsheltered homeless population to a “significant increase in housing and shelter resources,” including a 24% increase in available shelter beds over the past three years. Shelters such as transitional housing, shelter-in-place hotels, navigation centers, stabilization units and emergency shelters have 18% more homeless residents in them than they did three years ago, according to the findings.

Homekey, a state funding program launched in 2020, allows cities to purchase hotels and motels and convert them into permanent homeless housing and has awarded the city more than $100 million since 2020.

After the pandemic began, San Francisco temporarily moved about 3,800 people into shelter-in-place hotel rooms to try to prevent the coronavirus from spreading through group shelters. Breed’s administration is also expanding the supply of permanent supportive housing, with about 1,500 new units opened since summer 2020 and another 1,000 more under contract.

But the city has at the same time failed to properly maintain much of the existing single-room occupancy hotels it has long relied on to house formerly homeless people. After a recent Chronicle investigation documented squalid conditions in many of the aging residential hotels, San Francisco leaders revived discussion of a possible ballot measure to provide better overview of the city homeless department.

The city’s Department of Homelessness and Supportive Housing considers the one-night count the “primary source of nationwide data on homelessness,” and experts hold it up as the best data to help determine and analyze trends.

But the count is imperfect, experts have said. It relies on data from a single night of counting and misses people who are staying with friends or family or in hotels. It also does not account for people who are marginally housed or at risk of becoming homeless.

Still, officials cheered on the reduction in the overall numbers. The last time the number of homeless people in San Francisco dropped was in 2015’s point-in-time count. 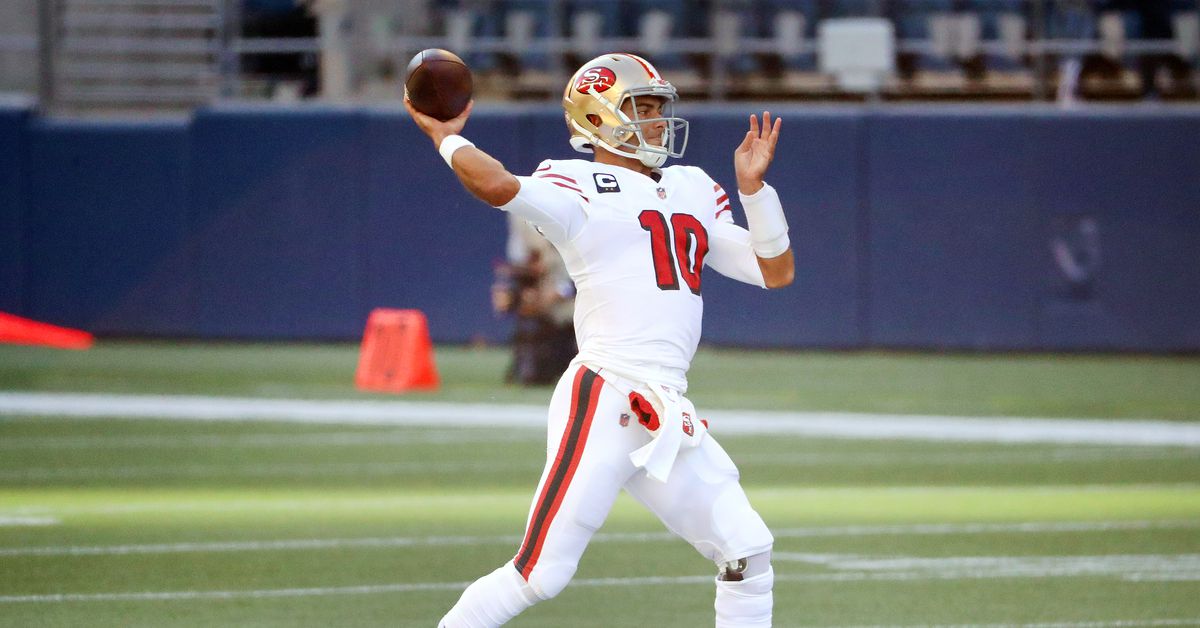 San Francisco 49ers: It might take a first-round decide for Niners to pay attention presents for Jimmy Garoppolo 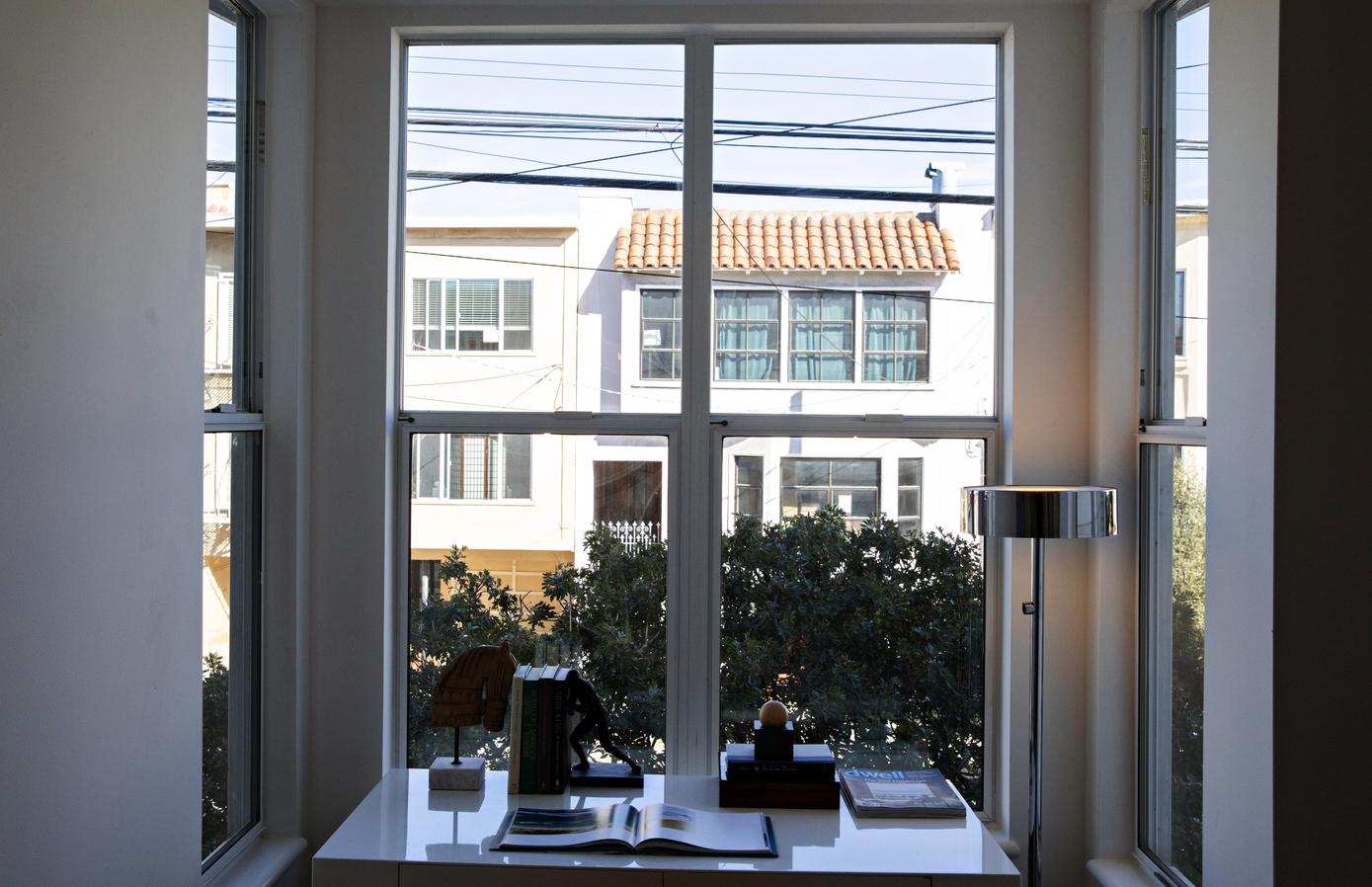 San Francisco’s jobs-to-housing ratio is disturbing. This is how extensive the hole is getting