Last week’s weather models showed no rain in sight in the San Francisco Bay Area until Thanksgiving, but recent runs of the models showed a chance for light rain Thursday through Friday, the National Weather Service said.

A weather system penetrating the Pacific Northwest will pull a weak cold front over northern California, and on Monday it was not clear how far the rain would go south.

“The greater chance is in the North Bay, with a lesser chance if you move south,” said Roger Gass, a forecaster with the Bay Area Meteorological Service office in Monterey. “Overall, we’re seeing a tenth of an inch of rainfall. We could see closer to a quarter to a half of an inch in the coastal areas of Sonoma County. Overall, we’re not expecting a major rainfall event.”

That’s good news in the water-hungry Bay Area. The region has experienced two dry winters in a row and there is hope that this winter will be different. The season got off to a promising start in October with a strong atmospheric flow breaking rainfall records, and a weaker storm in November added further soaking. The rain ended the fall forest fire season, but severe drought conditions remain.

A mixture of high clouds and fog covered the Bay Area on Monday morning, and Gass said the cloud cover will keep temperatures cool and in the low 60s throughout the day. Dry conditions are expected through Wednesday, with afternoon highs rising by mid-week into the 1960s.

With rain on Thursday and Friday, temperatures are expected to cool.

After the rain event during the week, drought is announced for the weekend. 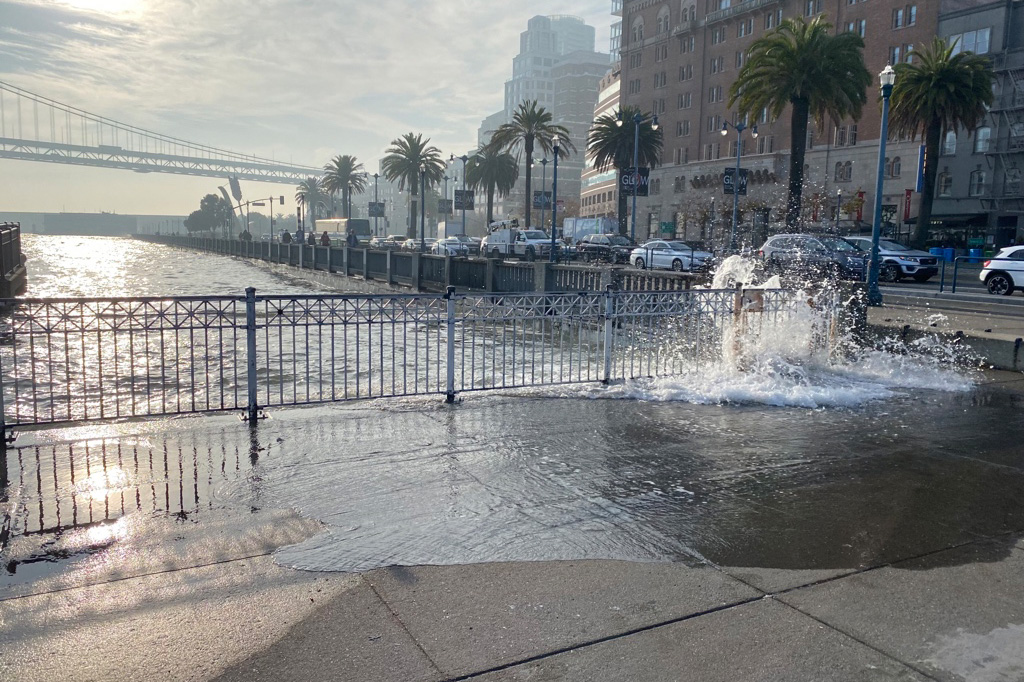