South San Francisco this week sealed the deal on plans to build a new affordable 82-unit housing development for seniors, as well as the restoration and maintenance of the city’s historic fire station.

The new apartments will be next to the Baden Ave. 201 lie and partially wrap around the building built in 1948. On Wednesday, the city approved the sale of both the fire station, which is being converted for commercial purposes by a local architecture firm, and the building surrounding the city’s own property to a non-profit developer for affordable housing. The developer acquires the KFC Taco Bell next door and joins the land for the new building, which will keep the fast food restaurant as a tenant on the ground floor.

While exact plans for the apartments have yet to be determined, the units will, for the most part, be affordable for those earning roughly half the median income for the area, the developer said. That would mean rents in the neighborhood of $ 1,600 for units intended for a single resident, given the median household income of what is currently just north of $ 100,000 across the county.

“It will be very affordable,” said Nell Selander, deputy director of the economic and community development department. “I think it’s very much in line with the older South City population who really need it.”

The city’s 65-year-old and older population has grown faster than total population growth recently, accounting for more than 16% of the population in 2019, compared to 13% in 2010, according to census data.

“This is not just an affordable, off-market complex, but a badly needed senior citizen complex,” said Councilor Eddie Flores, noting the population growth.

The city has been looking for a developer for the site since at least 2017 and is working with four others before ending up with Eden Housing, which will build and maintain the houses. Getting Harman Management Corporation, the owner of the fast food restaurant, to sell the property was one of the biggest challenges, and the deal was made possible in large part by the city’s approval to include a drive through in the future design, Selander said.

Construction is scheduled to begin in 2023 and is expected to be completed in 2025. A final design for the building, including its height and square footage, has not been released, and it has been determined that the type of fast food restaurant integrated into the development may change.

The city-owned portion of the property that is to be converted into residential will be sold to the developer for $ 1 in consideration of future use. The city also plans to loan the developer up to $ 4.5 million for the effort, and government funding could help support the affordable housing aspect as well.

The fire station is being sold to Firehouse Work LLC for $ 1.025 million. Group 4 Architecture, Research + Planning, Inc. will use the space as their new headquarters and plans to register the building as a historic structure. The fire station was in use until 2006 when the fire brigade moved to a larger facility as the city grew.

“Through this partnership, not only are we preserving history by preserving the old central fire station, but we’re also creating meaningful, affordable housing development for our seniors,” said Mark Addiego, Mayor of South San Francisco, in a statement. “Certainly a win-win situation for our residents and for honoring the past of our city.” 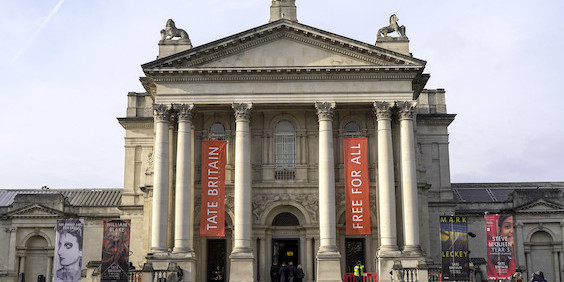