When it comes to cheating in sports, cycling is king and everyone else plays in amateur leagues. I love to cheat while cycling. Not doping – doping is pass. Anyone can find an illegal substance and inject their body. I’m talking about ingenuity. Bike modifications, route changes, outside help – the kind of things that happen in cartoons on Saturday mornings. I know we shouldn’t celebrate cheating because it’s wrong and morals and all that jazz, but I can’t help but smile every time I read a story about a cyclist doing something ridiculous to win.

If doping is computer generated effects in a movie, then the things cyclists do are the practical effects in Star Wars. The best part is that this type of cheating has been around for over 100 years and proves that we are no less moral than our ancestors.

A bicycle, a cork, string and a bottle of lemonade

The first Tour de France took place in 1903 and they were immediately cheated. Incredible, mind-boggling cheating. Much of it revolved around a man, Hippolyte Aucouturier, who looks like a stereotypical Warner Bros. cartoon from the 1950s.

Aucouturier was easily the favorite in the first Tour de France. On July 2nd, in the middle of the race, he had to retire due to illness. For years, people speculated that it was the result of too little eating, or that a combination of too much wine and sniffing ether (apparently a hobby for him) had fallen Aucouturier, but a 2016 article in Cyclist magazine covered the real culprit on.

Hippolyte Aucouturier, who retired with terrifying stomach cramps on the epic 467 km long opening leg from Paris to Lyon, was treated to a bottle of lemonade by a roadside spectator.

Aucouturier’s camp kept claiming that their rider was suffering from food poisoning that many did not believe at the time. It took over 100 years for lemonade to be found to be the culprit that took the favorite out of the running.

Fast forward a year. Aucouturier is back at the Tour de France after being deprived of his chance to win because of a bottle of bad lemonade. Experience has corrupted him and the cyclist takes the “turnabout’s fair play” approach and chooses to cheat himself – which he does in the most delightful way.

Aucouturier was one of the bad guys and was seen on a stage pulling a tow out of a car with a string tied to a cork that he held between his teeth.

He was dragged behind a car for miles with a cork in his mouth just to win. He could have got away with it, too, but the car that was pulling him was going too fast. Aucouturier reached the end of the stage just a few minutes after the race directors, who were also driving.

This is Maurice Garin. 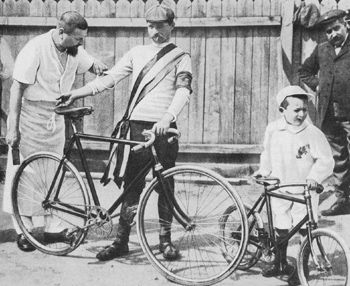 People loved Maurice Garin. He was a chimney sweep turned cyclist. I can only imagine that he was the John Daly of his time. I say this because he once won a 24-hour race in 1893 and credited the win to what he ate and drank while driving, including:

Now it’s 1904 and the second Tour de France, the same year Hippolyte Aucouturier was pulled by the teeth by a car. Garin is the people’s master. He wins the race, much to the delight of the fans – but a subsequent investigation found that Garin and several other top competitors cheated and were forced to vacate their placements.

After four months, the depths of their inappropriateness were exposed. The drivers had ridden the train for part of a stage, put itch powder in the participants ‘shorts and conspired with a group of his supporters who attacked rival drivers with sticks and doused the street with broken glass and thumbtacks around the participants’ tires to damage.

In the 1904 Tour de France, cheating was so widespread that it was unclear whether the race would ever take place again.

Jean Robic was a short man. He was only 5’3 and weighed 130 pounds, which led fans to nickname him the “Kid Goat”. His nickname later changed to “leather head” because he was forced to wear a leather helmet (unknown at the time) to protect a steel plate that was inserted into his skull after a serious accident.

Robic was the first man to win the Tour de France after World War II, which took place in 1947. He holds the title to this day, but it later emerged that Robic’s team had used sophisticated tactics throughout his career to ensure that his small stature was not a disadvantage. 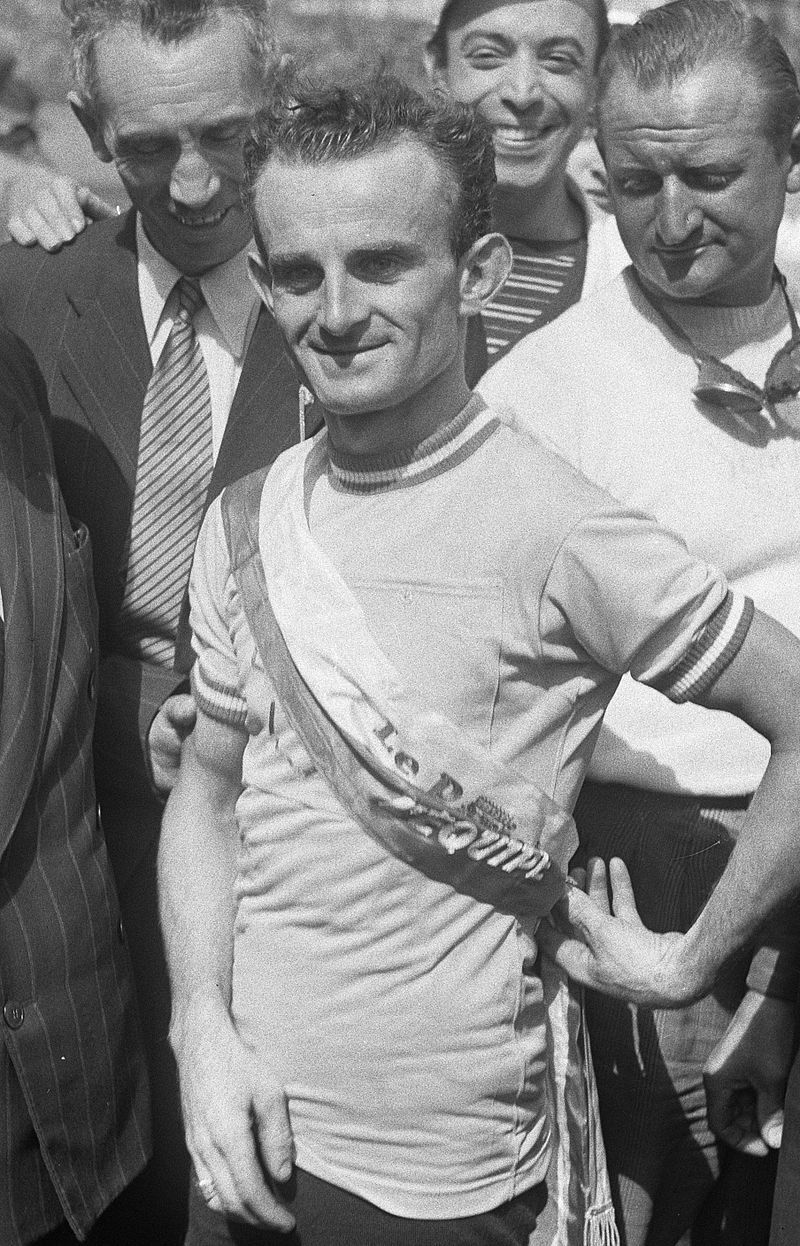 Every time Robic reached the top of a mountain, his crew gave him a water bottle. It was believed that he needed moisture after a difficult climb, but in reality there was no water in the bottle. It is usually filled with mercury or lead to add weight to Robic on the designated descent. At that point he threw the bottles off and drove on.

This tactic was adopted by other riders and soon weighted bottle practice became commonplace in cycling.

Pat Boyd was one of the toughest cyclists of the 1950s, but his bike wasn’t quite as resilient. During a road race in Belgium, the Englishman was hit by uneven cobblestone streets, causing his bike to damage a tire and force a repair. This left Boyd at the very back of the pack and appeared to be out of the running.

Boyd tried his best to catch up and eventually joined a lone rider. The cyclist was a local who couldn’t keep up with the peloton, so the two rode together and became quick friends, Boyd thought.

The local driver, who knew Boyd was once a favorite, told him he knew a shortcut in a narrow alley that would allow them to overtake both of them. From here, the story is described in Cycling’s Strangest Tales.

“Pat’s new buddy pointed down a humble little alley, indicating that the secret shortcut was their only hope. The couple cycled angrily down the aisle. When they appeared at the other end of the alley, the peloton was suddenly and enticingly in sight. Pat was in business; He caught the leaders and stayed in the pack for the remainder of the race to get the top 10 result he longed for. ”

Cool ending, right? Not correct. The local had led Pat into the peloton, but it was a completely different race, taking place in the same town at the same time. The race organizers registered Boyd as the finisher in their race, but placed him last because he never started the race AND Boyd was the last to finish the race he wanted to win.

Rise of the motorcycles

Money, attention and technology have kept us from the golden age of practical cheating in cycling. You can no longer pull a person off their bike and hit them with sticks, or scare off a race director and refuse a driver to sign his name in a journal.

With more eyes on the racetrack and more people watching this type of scam, it’s dead, but it has led to ingenious new inventions: Hidden Engines. It is called “mechanical doping” and it is the latest practical problem that cycling is trying to solve.

Early prototypes were made in 2010, but these concepts have only been perfected in recent years. Essentially, a small motor is hidden in the bike’s seat tube that isn’t big enough to power a bike – but big enough to provide assistance to the cyclist.

In 2016 Femke Van den Driessche had to withdraw from the U23 race at the World Cross Country Championships after an engine was found in her bike during a post-race inspection.

Now there is a new incident, this time in Italy after a championship race. A 53-year-old rider was found with a motor in the seat tube of his bike and was disqualified after a heat gun found the problem.

“We had some specific information and acted accordingly. We looked, we saw that in the seat tube of a driver it looked like there was a fire. “

It is only a matter of time before cycling finds a way to end mechanical doping and that will be a great thing for the sport. Not because it will bring back the sanctity of the sport, but because it will force a new era of ingenuity to determine the path of cheating in cycling.

One door closes, another opens … maybe up to a pocket size you push your competing cyclist. At least we can hope. 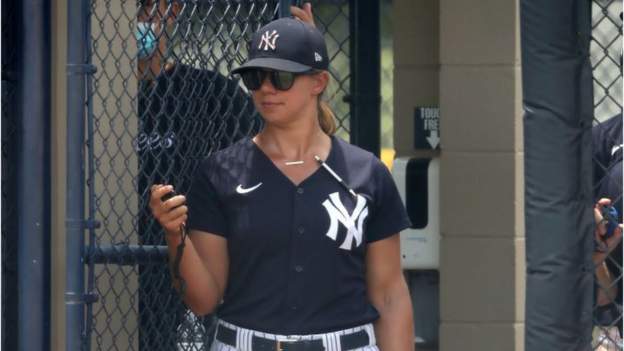 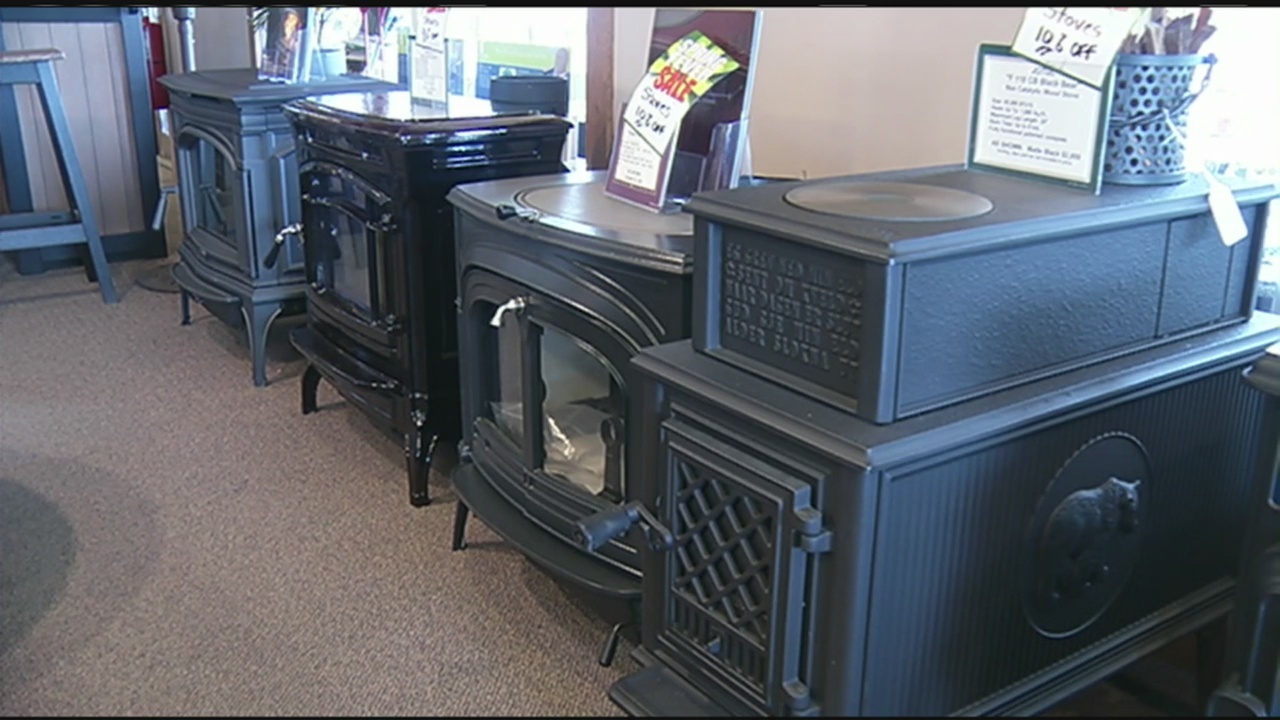