Well-composed aerial photographs of San Francisco, notably those with the Golden Gate Bridge and Golden Gate Park featured as central subjects, are known to garner literally tens of thousands of likes and comments and shares across social media. (Our The Bay Area Snapshot series contains more than a handful of profiles of such images.) But on occasion, one of them tends to stick out above the proverbial fray. It sits differently on our eyes; it lands in our souls with perfect form. These specific stills remind us — in the flicker of a scrolling LED screen — just how fortunate we are to call the Bay Area home.

A recent snap of this grade, which was taken 5,000-feet above the Golden Gate Bridge and about three miles offshore, made rounds on Twitter and Instagram for its awe-inspiring nature.

“It’s amazing the response and amount of kind words I’ve gotten about this photo,” Oren Rubinstein, the photographer behind the still, told The Bold Italic in an email. “It reminds me of just how much a picture can mean to so many people — and take you completely by surprise.”

A Bay Area local for over thirty years, Rubinstein says that he’s been shooting pictures on an almost daily basis for many years now. His subjects? The region’s cornucopia of natural wonders and urban fixations.

“I’m intrigued by the natural beauty of the Bay Area, and how the urban/suburban landscape integrates within the canvas of the land, ocean, and bay waters,” he says. “Having lived on the coast-side for the past 20-years, the natural focus for me has been looking west towards the sea and northwest to the Gulf of the Farallones.”

With regards to this specific shot, Rubinstein (as well as TBI) like that the picture completely ignores downtown and SoMa, trading towering metropolitan sprawl for San Francisco’s more leveled, greener neighborhoods, like the Sunset District. There’s an uncanny feeling of unchanged-ness in this image — Golden Gate Park sitting largely as it has been for over 150 years; the Golden Gate Bridge still wearing its iconic red hues coming up for now 90 years — even though so much has shifted in SF.

“The ‘small towns’ of the Richmond and Sunset districts, feel connected and ‘bridged’ to that golden beauty of the Bay and beyond by the Golden Gate Bridge,” he adds in closing, before waxing on a bit more gratitude for how widely admired the picture has been.

When asked if we would like to have a more high-resolution photo of the image to use, Rubinstein noted that he actually preferred the more “paint-like” quality of the original photo. We’d have to agree with him, as we imagine other fans of the still—who’ve collectively liked and shared this photograph tens of thousands of times on Twitter, alone—do, too. 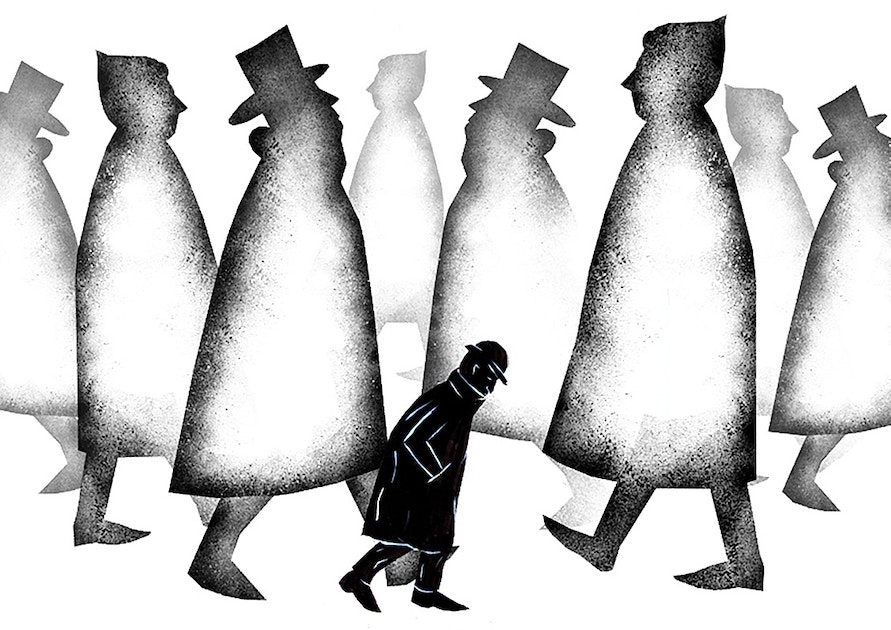