James DeLange was an established Lutheran minister from Minnesota when he accepted the call to rescue St. Francis Lutheran, a charming but crumbling old church with a small, struggling congregation in San Francisco’s Castro District.

It was 1981. The AIDS crisis was starting to kill the parishioners at “Our Lady of Safeway,” as it was known, due to its proximity to the grocery store on Market Street. To fully immerse himself in the pandemic, the new pastor moved to the neighborhood and started attending AIDS walks and vigils. He had a wife and two kids, but he also became family to those who had been abandoned because of their sexual orientation.

In the late 1980s, the Evangelical Lutheran Church in America had declined to ordain any minister who was openly gay and not celibate, so DeLange offered to ordain them at St. Francis. This radical inclusiveness got St. Francis suspended from the church in 1990. But it also gave the congregation strength and resolve, celebrated in its annual “Feast of the Expulsion.”

A riveting speaker with a deep, rousing voice that carried across a cathedral, DeLange was serving as guest minister at St. Marks Lutheran Church on O’Farrell Street in 2017 when he started losing his train of thought and was noticeably scattered while delivering a sermon .

Diagnosed with dementia, DeLange spent his final years at his home in Eureka Valley with a view of his old congregation, and even the Safeway sign on Market Street. On Aug. 20, two Lutheran ministers who mentored DeLange came to his home to deliver the Lutheran prayer for the dying, much as DeLange had done at the bedsides of men dying of AIDS.

An hour after the prayer session, DeLange died in bed, wearing his red-and-blue St. Francis Lutheran T-shirt and facing the view out the window. His death was confirmed by his daughter, Lynn Krausse. hey what 88

“Jim DeLange was a remarkable and uncommon individual,” said former state Senator Mark Leno, who knew DeLange through community service both in the Castro and citywide.

“He felt and believed deeply, and he had a stiff backbone when the Lutheran church challenged him and his local colleagues on his inclusivity of the LGBTQ community. He had my admiration for that,” Leno said.

DeLange’s impact transcended the Lutheran church. After the Loma Prieta Earthquake of 1989, he was invited by then-Mayor Art Agnos to join a committee that was forming what would become the San Francisco Interfaith Council in response to both the displacement of people from the earthquake and the growing homelessness population in the City.

“Jim was one of the first to open up his church sanctuary for people to stay during the worst of the winter,” said Agnos, “and he immediately assumed a leadership position in recruiting religious organizations of all faiths to join him in responding to the crisis for the homeless.”

Delange ended up serving on the interfaith council’s board of directors for 23 years, including a long stint as board chair, from 2004 to 2012. The winter shelter he helped launch still exists, and the council mobilizes the city’s 800 communities of faith in times of disaster, including the COVID-19 pandemic.

“Wherever I go in San Francisco people come up to me and tell me how important my dad was to their lives,” said Krausse. “How he’d been kind in the right moment and offered perfect advice and support. If what they needed was money he would hand them 100 bucks. He was out there doing God’s work.”

James William DeLange was born July 6, 1934 in St. Paul, Minn. where he grew up. His father, William DeLange, managed an industrial laundry service that specialized in cleaning the work overalls worn by workers at the 3M plant, which made scotch tape and other forms of adhesives. As a kid, James worked in the plant loading the washing machines and making deliveries of clean uniforms with his dad.

Salvation came through a neighbor who was the pastor at Gethsamene Lutheran Church. DeLange had been baptized Presbyterian but his mom started taking him to the Lutheran services to support their neighbor, the pastor. This led DeLange to become active in youth ministry at North St. Paul High School, where he was also involved in drama.

After graduating in 1951 he attended the University of Minnesota, but the Korean was on. Convinced he’d be drafted into the Army, he joined the Navy Reserve instead. This allowed him to transfer to Concordia Theological Seminary in Springfield, Ill. Luckily, he drew soft duty in the Navy Reserve, assigned to setting up the bowling pins in the officers club in St. Paul.

He was off duty and off base when he met Beverly Hansen, a farm girl who’d come to town to bowl. She met DeLange at the alley. They were married in 1957 and Delange was ordained in the Lutheran Church Missouri Synod, a particularly conservative denomination.

A year later, Delange was assigned to start a Lutheran congregation in the growing Orange County city of Huntington Beach. The flock started in the two-car garage of a house he paid $12,000 for, with a monthly payment of $85. Faith Lutheran Church, as it was named, quickly outgrew the garage and into a campus to fit a congregation that included more than 1,000 families.

In the mid-1970s a schism between facts of the Lutheran Church divided it into a doctrinaire group that wanted to adhere to biblical infallibility, and a more progressive group. DeLange was named Executive Secretary of the progressive faction which split off to form the the Association of Evangelical Lutheran Churches.

This cost him his job at Faith Lutheran, which remained in the Missouri Synod.

DeLange and his second wife moved to the Bay Area in 1976. Delange continued in an administrative position for the new Association until he got the position at St. Francis, which had allied itself with the more progressive faction.

When the Evangelical Lutheran Church in America came out against non-celibate Gay ministers, DeLange was a perfect representative for the opposition, having emerged as a progressive Lutheran despite his bringing up in the church’s conservative orthodoxy.

“He was seeing the cruelty to the gay community every day in San Francisco,” said his daughter. “To have the church then ostracize the gay clergy became very personal to him so he pushed back against the injustice.”

By 1985, he was leading the St. Francis contingent in the Pride Parade and soon helped organize the Lutheran Lesbian and Gay Ministries. St. Francis eventually withdrew from the Evangelical Lutheran Church in America Synod.

“Jim was a straight ally who invested a huge amount of his political capital in the movement for the full inclusion and participation of LGBTQIA+ clergy,” said Jeff Johnson, pastor at University Lutheran Chapel of Berkeley, near the Cal campus.

DeLange was also good with fiscal capital. When the earthquake hit in 1989, the south-facing brick facade of St. Francis Lutheran came down in a pile. That provided the impetus for a capital campaign to rebuild the landmark structure which was constructed in 1905-06. DeLange served as project manager and fund raiser and he did not stop there. He started a church endowment fund that has grown over the last 40 years to benefit organizations worldwide, according to the current pastor at St. Francis, Bea Chun.

“What Jim did for the congregation was give us a blueprint to follow,” said Chun. “We have the inspiration of his courage and his willingness to be an innovator.”

DeLange’s second marriage also ended in divorce. In 1991, he married Diane Nelson, a member of a Lutheran congregation in Mill Valley. She did her part for St. Francis by launching a senior lunch program with Nelson herself doing the cooking for 50 or 60 hungry souls every Wednesday. She died of cancer in 2011.

After retiring from St. Francis in 1999, DeLange continued to be minister and busied himself with Democratic Party politics. His Christmas Day “Green Drink” party was a standard, with people coming by to sip his secret concoction involving Creme de Menthe.

“Jim was the kind whose door was always open,” said Leno “He had such a wide range of acquaintances, from his pastoral work to his community work to his leadership on queer issues.”

Funeral Services will be at St. Mark’s Lutheran Church on Saturday September 24th at 10:30 AM. Memorial donations may be made to St. Francis Lutheran Church 152 Church Street, San Francisco, CA 94114. 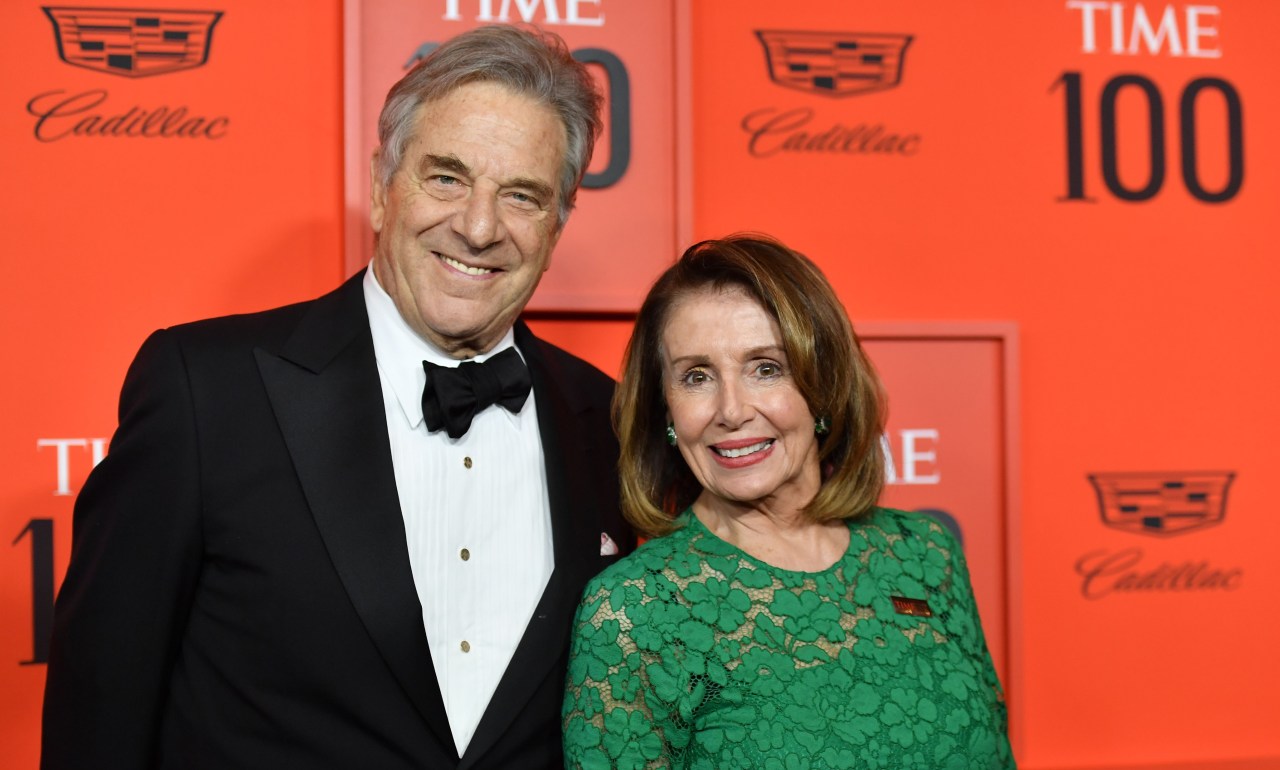