SAN FRANCISCO (CBS SF) — It’s been a year since the historic COVID-19 shutdown and the battle with the virus is still impacting our daily lives. Here’s a roundup of the COVID stories we’ve published over the last 48 hours.

Contra Costa Expanding Eligibility To All Residents 50 And Older
CONTRA COSTA COUNTY — Health officials in Contra Costa County announced Monday that eligibility for COVID-19 vaccination has been expanded to all residents 50 and older, including those who do not have an underlying health condition. The county cited increased supply from the federal government for expanding eligibility to more than 235,000 residents between the ages of 50 and 64. People 50 and older who work in Contra Costa County are also now eligible. Contra Costa Health Officer Dr. Chris Farnitano said that nearly all of the county’s deaths from COVID-19 have been among people over the age of 50. Since the start of the pandemic, at least 734 people have died from COVID-19 in the county. Read More

San Francisco City Attorney Herrera Asks Superior Court to Order Schools to Reopen
SAN FRANCISCO — City Attorney Dennis Herrera on Monday asked San Francisco’s Superior Court to order the city’s school district to commence in-person instruction at all schools by the end of April. Herrera issued a press release regarding his request for an emergency court order to reopen schools late Monday afternoon following a Superior Court hearing on the city’s lawsuit against the San Francisco Unified School District. The court order would compel the district to reopen public schools as allowed by public health officials. “Today SFUSD basically said, ‘Trust us. We’re working on it.’ Well, that’s just not good enough. I didn’t want to sue the school district, but it was sadly necessary,” Herrera said in the released statement. “The toll on families, the mental health crisis gripping our children, the devastating learning loss are all too much.” Read More

South Bay Businesses Ready To Reopen As More Counties Move To Orange Tier
SAN JOSE — Three more Bay Area counties were expected to enter the less restrictive Orange Tier this week, allowing at least one business sector to reopen for the first time since the pandemic began. The announcement will likely come on Tuesday as to whether Santa Clara, San Francisco and Marin will join San Mateo County in the Orange Tier. San Jose Mayor Sam Liccardo said during a Facebook Live post Monday night that he expected Santa Clara County to enter the Orange Tier. Meanwhile, business owners are already preparing for looser restrictions. “Each day I kept thinking, certainly this isn’t going to happen, but each day it gets closer I’m so excited,” said YogaSix Mountain View co-Owner Toni King. Read More

Lack Of Supply Hampering COVID Vaccination Efforts In Santa Clara County
SAN FRANCISCO — There is growing confusion and deepening concern over when members of the general public will become eligible for a COVID-19 vaccine and if there will be an adequate supply. “There’s so many people like me who want to get this shot, who want to go back to work, who want to get back into a restaurant, a school, wherever it may be, “said teacher Patricia Guerra. “At some point, without sounding rude, we’ve got to get it together.” Guerra says she was left scrambling when the appointment for her second shot was abruptly cancelled amid an ongoing shortage of the vaccine. Public health officials in Santa Clara County say a largely inadequate and inconsistent supply of the vaccine has hamstrung efforts to get more people their shots. Read More

California EDD Website Experiencing Technical Issues
SACRAMENTO — The website for California’s beleaguered Employment Development Department is experiencing technical problems preventing users from being able to sign on Monday, according to the website and state officials. An alert at the log-in page warns that some people are experiencing issues getting into the EDD website. “Some customers are experiencing issues using these services. We’re working to restore service as soon as possible. Please check back later” the message reads. According to a tweet by Assembly member Phil Ting and other media reports, the site has been down since the weekend. Read More

More Counties Adopt California’s Centralized Vaccine Delivery Plan
SAN FRANCISCO — Gov. Gavin Newsom’s plan to centralize vaccine delivery, tracking and appointment making is taking shape with two of the state’s most populous counties signing up, despite widespread resistance from local public health agencies that want to retain control. Newsom said when he announced the change in January that he wanted a seamless system to tell him where doses are, who has received them and who needs to get them. Counties used to setting their own rules on vaccine eligibility will have to follow uniform state rules. Insurer Blue Shield of California is on track to take full administrative control of the network March 31, said the company’s president and CEO, Paul Markovich. Blue Shield received a $15 million fast-tracked, no-bid contract from the state to set up and oversee the system to deliver vaccines quickly and equitably. Read More

Solano County Suffering From Steep Decline In Vaccine Supply
FAIRFIELD — Solano health officials issued an urgent plea to the state Monday after a shortage of COVID-19 vaccine has drastically slow down efforts to deliver first doses to the county’s most vulnerable residents. Solano County Health Officer Dr. Beta T. Matyas said the problem lies within the vaccine pipeline from the California Department of Public Health. “We’ve seen a significant decline in the allocation of vaccine to the county,” Matyas said. “The lack of adequate supply has caused us to pause scheduling many first-dose mass-vaccination clinics, drastically slowing our effort to target and vaccinate our most vulnerable populations.” Read More

San Jose’s East Side Union High School District To Resume In-Person Learning In April
SAN JOSE — Officials with the East Side Union High School District in San Jose announced schools would resume in-person learning next month, after more than a year of distance learning during the COVID-19 pandemic. In a unanimous decision, the district’s Board of Trustees approved in-person learning for all campuses starting Monday, April 19, amid a continuing downward trend in cases. “We are moving in the right direction,” said superintendent Chris Funk. “As we approached the one-year anniversary of distance learning, we were well aware of the significant strain that distance learning is having on some students, not only on the learning process, but also the impacts on the mental and physical well-being of students.” Read More

Livermore Students Return To Classrooms; State Health Officials Adopt CDC’s 3-Foot Distancing Rule
LIVERMORE — Students returned to Livermore classrooms Monday for the first time since they were sent home a year ago when the COVID-19 pandemic tightened its deadly grip on the San Francisco Bay Area. But the school day will be far from what they experienced in the past. Several precautions have been put into place to increase their safety from catching the virus including smaller class sizes, temperature taking, social distancing and mask wearing requirements. In the hybrid scheduling system, elementary students will be allowed to attend in-person classes four days a week while older students will be limited to just two. When it comes to social distancing, classes could soon double in size after state health officials decided over the weekend to adopt the CDC’s recommendation of 3-foot separation between students. The previous health order required 6 feet in separation. Read More

US Army Veteran Attacked In San Francisco; Suspect Arrested For Hate Crime
SAN FRANCISCO — A longtime San Francisco resident and US Army veteran said he was attacked for wearing a veteran’s hat on a grocery shopping trip in the city. Ron Tuason, 56, shared photos of his injuries with KPIX 5, after he said a man yelled racial insults, and then punched him multiple times, knocking him to the ground on Mar. 13 around 4 pm at Ocean and Plymouth Avenues. Tuason had been carrying his groceries and waiting at the bus stop. He also relies on a cane.
“When he noticed me, he got aggressive and charged across the street, ‘Go back where you came from, you caused this problem’, referring to COVID, and do you want to get hurt? You’re not a veteran, I’m a veteran,’” recalled Tuason. Read More

Attacks On Asians Prompt Berkeley To Increase Police Presence, Bicycle Patrols For Safety
BERKELEY — Berkeley police increased bicycle patrols and their presence in the most visible areas of the city to provide more safety following a rising number of attacks on Asian Americans in the region, state and nationally, police said Monday. Monthly community advisory meetings will continue to be held to provide a place where people can share their concerns about safety. Police are asking people to report the circumstances of any hate crime or incident they were a victim of or if they believe one was committed. People can call police at (510) 981-5900. Police are asking people to call 911 if they see a hate crime or incident in progress. Read More

San Mateo County Supervisor Proposes ‘Zero-Tolerance Hate Zone’ In Response To Anti-Asian Attacks
SAN MATEO COUNTY — The president of the San Mateo County Board of Supervisors wants to make the county a “zero tolerance hate zone” in response to recent hate crimes committed against people of Asian descent. Supervisor David Canepa said he plans to introduce on Tuesday, a proposal “condemning hate crimes against the Asian American Pacific Islander community and to establish the county as a zero tolerance hate zone from Daly City to Menlo Park.” The bill, if approved, would essentially unify the San Mateo County District Attorney’s Office, various surrounding law enforcement agencies, and surrounding municipalities behind a single, clear stance against hate crimes. “We’re all aligned, and we want to make sure that we don’t tolerate this in our county,” Canepa told KPIX 5. Read More

San Francisco Leaders Hold Rally Denouncing Anti-Asian Hate Crimes
SAN FRANCISCO — State and city leaders gathered in San Francisco’s Chinatown on Monday morning to stand in solidarity with the Asian American and Pacific Islander communities in the wake of multiple hate crimes targeting them recently. The Monday rally comes less than a week after eight people, six of whom were Asian women, were gunned down in Atlanta, and as several other recent attacks have occurred in Bay Area against elderly Asian victims. The barrage of racist attacks nationwide has created a wave of fear among the AAPI community, with many fearful to leave their homes. During the rally, held at Portsmouth Square, state Sen. Scott Wiener, and Assemblymembers David Chiu and Phil Ting, D-San Francisco, condemned the attacks. Read More 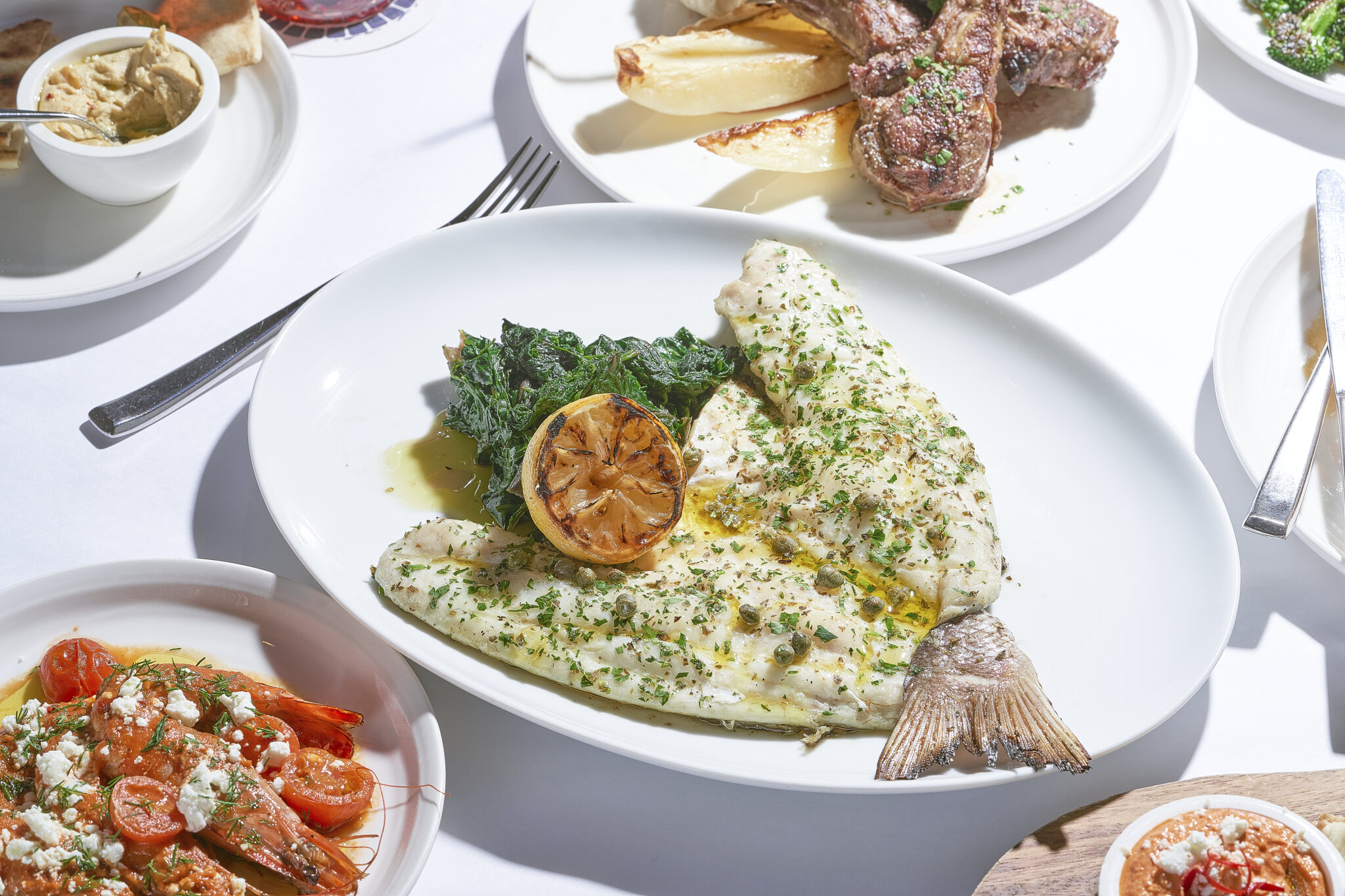 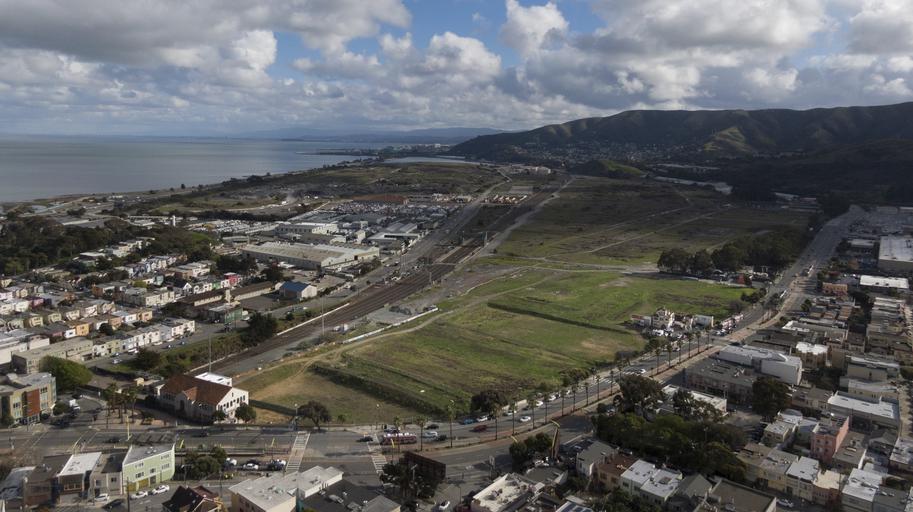